Godfrey Phillips India was top gainer among the cigarette stocks, surging as much as 7.97 per cent to touch 52-week high of Rs 1,354 apiece on the BSE 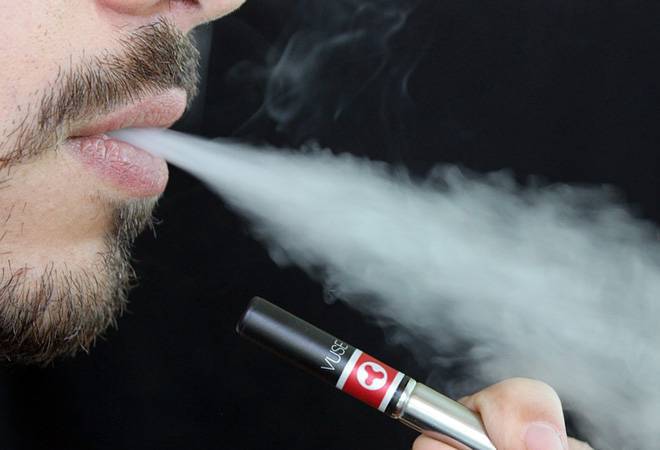 Shares of major cigarette manufacturing companies surged up to 8 per cent on the domestic bourses today after Lok Sabha approved the bill to ban electronic cigarettes.

Godfrey Phillips India, the leading company of K K Modi Group, was top gainer among the cigarette stocks, surging as much as 7.97 per cent to touch 52-week high of Rs 1,354 apiece on the Bombay Stock Exchange. Earlier today, the stock opened marginally higher at Rs 1,263 against the close of Rs 1,254.05. The stock finally settled at Rs 1,335.35, up 6.48 per cent.

The Prohibition of Electronic Cigarettes Bill, 2019, seeks to replace an ordinance issued on September 18. Earlier in September, the Union Cabinet had cleared banning of e-cigarettes to help protect the youth. The bill makes manufacturing, production, import, export, distribution, transport, sale, storage or advertisements of such alternative smoking devices a cognisable offence, attracting a jail term and a fine.

Also Read: Ban on E-cigarette: Neither can you buy, nor can you use

The storage of e-cigarettes shall also be punishable with imprisonment of up to six months or a fine of up to Rs 50,000, or both, it added.

Electronic-cigarettes are battery-operated devices that produce aerosol by heating a solution containing nicotine, which is the addictive substance in combustible cigarettes. These include all forms of electronic nicotine delivery systems, heat not burn products, e-Hookah and the like devices. These novel products come with attractive appearances and multiple flavours and their use has increased exponentially and has acquired epidemic proportions in developed countries, especially among youth and children.