Snapping previous session gains, Future Retail share price dropped as much as 2.02 per cent to hit low of Rs 58.15 on the BSE 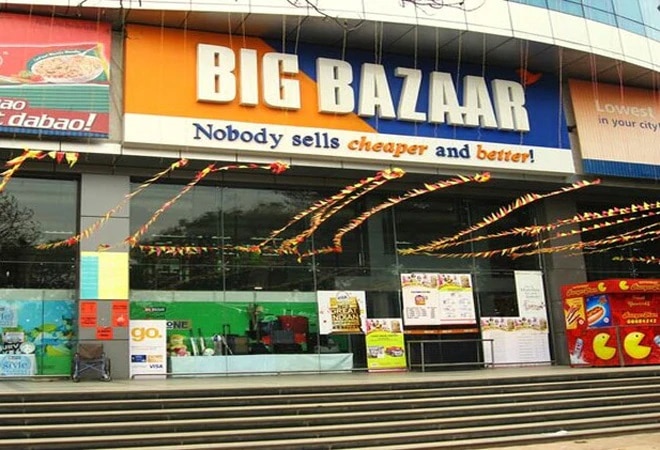 Shares of Future Retail dropped 2 per cent in opening trade on Tuesday even after getting interim relief with respect to its 24,713 crore deal with Reliance Retail to sell its assets. The Delhi High Court on Monday stayed a single judge's order restraining Future Retail from going ahead with its deal with Reliance Retail, which was objected to by US-based e-commerce giant Amazon.

Snapping previous session gains, Future Retail share price dropped as much as 2.02 per cent to hit low of Rs 58.15 on the BSE. The stock opened higher at Rs 60.70 against previous close price of Rs 59.35. On the volume front, 2.06 lakh shares changed hands over the counter in first two hours of trade compared to two-week average volume of 7.16 lakh scrips. Meanwhile, the BSE Sensex was trading higher by 103 points or 0.16 per cent at 49,875.

On Monday, Future Retail share surged 10 per cent in intraday after the Delhi HC stayed a single bench order favouring emergency award and imposed a Rs 20 lakh cost on Kishore Biyani and other respondents including FRL and Future Consumer Private Ltd. The Future Group stock had gained after 6 days of consecutive fall.

The deal was objected to by Amazon that stated that Kishore Biyani-helmed company violated terms of the contract it had with Amazon by signing the RIL deal.

The Delhi High Court also stayed the order that asked for the attachment of assets of Biyani as well as others and directed them to appear in the court on April 28.

Adani Ports share rises over 4% as firm to buy 58.1% stake in Gangavaram Port