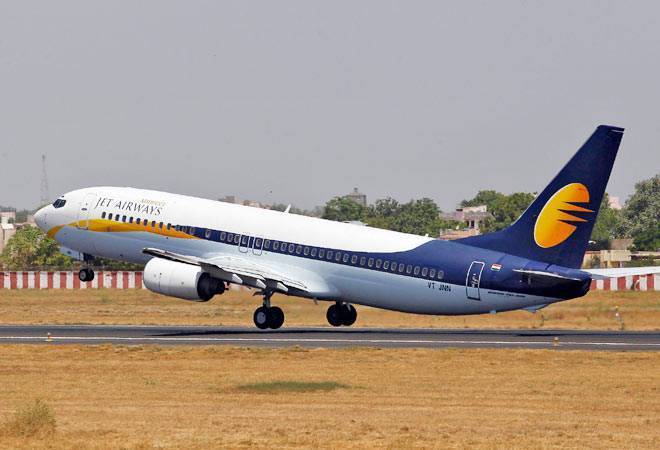 Shares of Jet Airways were locked in the 5 per cent upper circuit for third straight day on Thursday amid a report that Hinduja Group was preparing to bid for the debt-laden carrier. The seventh meeting of Committee of Creditors (CoC) of the grounded airline is scheduled to be held on January 2. The debt-laden company, in an exchange filing, said that the CoC would seek fresh Expression of Interest (EoI).

In a similar trend, Jet Airways shares ended 4.92 per cent higher at Rs 32 on the National Stock Exchange (NSE). The stock has opened at Rs 32 against previous closing price of Rs 30.50.

In July last year, Hinduja Group had expressed interest to buy stake in the airline. The group, however, did not pursue their interest for the ailing private carrier.

The troubled airline, which suspended its operations on April 18, 2019, is currently undergoing resolution process under the Insolvency and Bankruptcy Code (IBC).

Last month, the National Company Law Tribunal (NCLT) had directed the CoC to speed up its decision about seeking fresh expressions of interest (EOI) in view of interests being shown for the grounded airline. The tribunal had also approved the extension of Jet Airways insolvency resolution period by 90 days, as the consortium of 26 banks led by the State Bank of India, failed to find a new buyer for the airline during the mandated 180 day period. Synergy Group, the sole potential bidder for Jet Airways so far, had sought more time to take a decision on investing in the grounded airline.