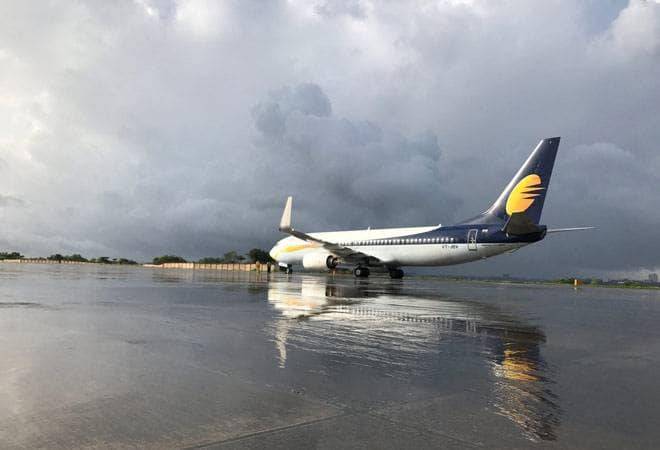 Jet Airways share price hit the upper circuit of 5% on Tuesday amid a report that Hinduja Group was preparing a bid to buy the grounded carrier. Share price of Jet Airways gained 5% to trade at Rs 29.60 against the previous close of Rs 28.20 on BSE. The stock hit an intra day low of Rs 28.40 on BSE. There were only buyers, no sellers for the stock of cash-strapped airline on BSE.

A Bloomberg report said the group led by Gopichand Hinduja and Ashok Hinduja was planning to submit an expression of interest (EOI) by January 15. The expression of interest will signal the UK-based group's intent to make a formal offer. Hinduja is seeking a partner to bid, one of the person in knowledge of development told Bloomberg.

In July this year, Hinduja group initiated interest in buying the airline. Later, the group did not pursue their interest for the ailing private carrier that was grounded in April after running out of cash. Jet Airways' assets for sale include 14 aircraft, including 10 Boeing planes, 49 per cent stake in Jet Privilege and a few buildings. The airline's lenders have also listed spares, slots and routes as the assets.

The debt-laden airline has liabilities of over Rs 36,000 crore. These include more than Rs 10,000 crore of vendor dues, Rs 8,500 crore along with interest owed to the lenders, over Rs 3,000 crore in salary dues, and over Rs 13,500 crore in accumulated losses over the past three years. The cash strapped airline, that suspended its operations on April 18 2019, is currently undergoing resolution process under the Insolvency and Bankruptcy Code (IBC).

Earlier this month, the National Company Law Tribunal (NCLT) had directed the committee of creditors to speed up its decision about seeking fresh Expressions of Interest (EOI) in view of fresh interests being shown for the grounded airline. The tribunal had also approved the extension of Jet Airways insolvency resolution period by 90 days, as the consortium of 26 banks led by the SBI, failed to find a new buyer for the airline during the mandated 180-day period. Synergy Group, the sole potential bidder for Jet Airways so far, had sought more time to take a decision on investing in the grounded airline.