Driven by strong rally in recent past, Ruchi Soya has entered into the list of top-100 most valued companies with the market-cap of Rs 45,592 crore 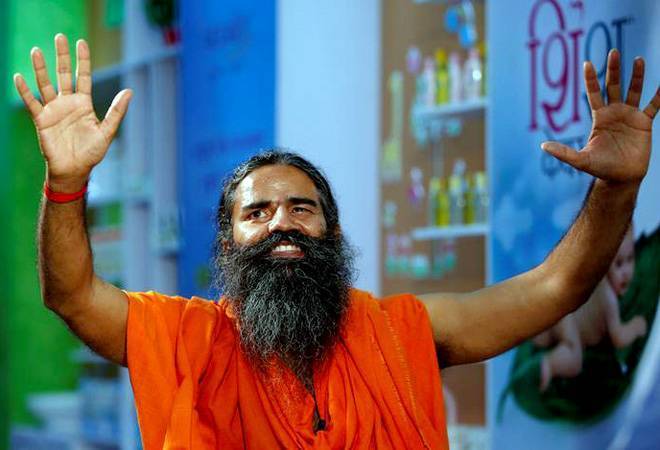 Ruchi Soya, which has been acquired by Baba Ramdev's Patanjali Group, has delivered more than 8,800 per cent returns in the last five months

FMCG major Ruchi Soya Industries, which was acquired by Baba Ramdev's Patanjali Group in an aggressive bid, has been one of the top performers on Dalal Street despite weak market environment in wake of coronavirus pandemic. It has been a dream run for investors in Nutrela-maker Ruchi Soya stock as it has delivered more than 8,800 per cent returns in the last five months, climbing to an all-time high of Rs 1,507.30 on June 26 compared to its relisting price of Rs 16.9 on January 27, 2020 on the BSE.In contrast, the benchmark S&P BSE Sensex has fallen 14.45 per cent during the same period.

After completing the resolution process under the bankruptcy law, Ruchi Soya Industries' shares resumed trading on January 27, 2020, when it was re-listed on the stock exchanges after consolidation of equity shares of the company. On January 27, Ruchi Soya shares were valued at Rs 16.9 per share, but in just 5 months, they rose to hit a record high of Rs 1,507.30 per share today.

The company has registered a growth of 8819 per cent during the period.

Driven by strong rally recently, the company has entered into the list of top-100 most valued companies in terms of market capitalisation (m-cap). Its m-cap stood at Rs 44,592 crore on BSE today. It has overtaken the market capitalisation of FMCG major Marico which stood at Rs 44,482 crore. Earlier today, stock of Ruchi Soya opened at Rs 1435.55 apiece on BSE and hit 5 per cent upper circuit at Rs 1,507.30 on BSE.

Yoga guru Baba Ramdev's Patanjali Ayurved, which holds 98.87 per cent stake in Ruchi Soya, acquired Ruchi Soya in a bid worth Rs 4,350 crore through an insolvency process last year. Of Rs 4,350 crore offered by Patanjali group, Rs 4,235 crore would be utilised to pay creditors while Rs 115 crore would be used for capital expenditure and working capital requirements of Ruchi Soya. Patanjali won the bid to acquire Ruchi Soya after Adani Wilmar, which sells edible oil under the Fortune brand, withdrew from the race citing significant delays in resolution process that led to deterioration of assets.