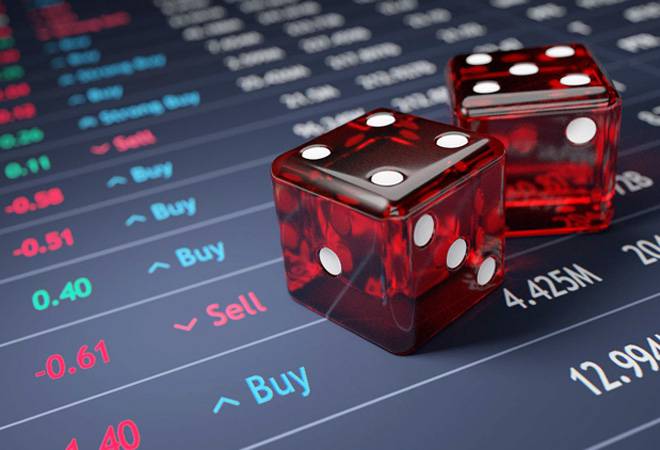 22 stocks closed in the red on Sensex and 34 out of Nifty were declining at the closing bell.

Share Market Updates: The Indian equities ended lower in choppy trade for the eighth stright session on Friday, tracking weak cues from Asian peers. Out of 30 stocks, 22 closed in the red on Sensex and 34 out of 50 ended in negative terrain on the NSE Nifty.

On the global front, Asian stocks were trading marginally lower, following negative closing at Wall Street in overnight trade as investors weighed US President Donald Trump's decision to increase 25 per cent traffic on USD 200 billion worth of Chinese goods.

The Market breadth, indicating the overall strength of the market, was weak. On BSE out of total shares traded 2869 , shares advanced were 1309 while 1366 shares declined and 194 were unchanged.

The Bank has posted a loss of Rs 551 cr in the fourth quarter against the profit of Rs 4,859 in the corresponding quarter a year ago. th abanck also posted loan growth, at 12.1% YoY.

In the last hour of trade, market breadth was positive, indicated by 1.21 advance-decline ratio on NSE, with 877 advances against 732 declines and 98 unchanged stocks. Similarly BSE AD ratio stood at 1, indicating 1180 advancing stocks against 1181 declining ones while 150 stocks were unchanged.

Except FMCG and IT, all the other indices are trading in the green. The top gaining sectors are Nifty Realty up 1.19 per cent, followed by Media up 1.19% and PSU Banks, against the top loser, Nifty IT, down by 0.33%.

The stake of Aditya Birla group has risen to 27.18 per cent in Vodafone Idea Ltd, post the recently-concluded rights issue of the telecom operator. Vodafone Idea had recently concluded over Rs 25,000 cr rights issue, that was oversubscribed nearly 1.08 times.

Asian Market are witnessing smart rally on hope of trade negotiation between US and China. Both China and Hong Kong Index gained 3 per cent and 2 per cent respectively. US Future is trading flat after a intra-day fall of 120 points. European indices are in-line with Asia as well, followed by Germany that has outperformed peers after opening with gains of more than 1 per cent.

Market bounced back into positive territory on a highly volatile day on account of global market volatility. Mid-cap and small Index gained nearly half percent each. #MOMarketUpdates

Infrastructure major Larsen and Toubro (L&T) has acquired another 2 per cent stake in Mindtree by purchasing shares from the open market, taking its overall holding in the mid-sized IT company to 25.93 per cent, according to a regulatory filing. Earlier this month, Larsen and Toubro had purchased around 20 per cent stake of V G Siddhartha and Coffee Day in Mindtree through a block deal for about Rs 3,210 crore.

The stock price of Jammu & Kashmir Bank Ltd. rose 9.17 per cent intraday to Rs 57.75 and was ranking in top gainers on the BSE after the company submitted BSE filing quoting, "the Board of Directors shall inter alia consider the raising of capital (ATI/Tier II) to the tune of INR 1600 Crores during the Financial Year 2019-2020, in the meeting scheduled for 15th May, 2019."

The stock is currently trading at Rs 54, up 2 per cent.

Despite the positive figures, the stcok price of the IT major touched an intraday low of Rs 1,074.45, falling 5.09 per cent. The company announced a 100 basis point (bps) cut in the estimated operating margin (OM) for FY20 as against FY19.

The rupee depreciated by 13 paise to 70.07 against the US dollar in early trade Friday as US-China trade related concerns and foreign fund outflows weighed on investor sentiments.

Rupee slips 13 paise to 70.07 against the dollarhttps://t.co/NyCiaQcCAc

The introduction of the all-electric Jaguar I-PACE and the sales ramp up of the new Range Rover Evoque continue to be encouraging, however, retail sales of other models were lower primarily reflecting the continuing weaker market conditions in China.

Maruti Suzuki slashed its vehicle production by around 10% across its factories in April. It is the company's third consecutive month of taking a production cut. Weak domestic demand is a concern, it has been reflected on the stocks. #MOMarketUpdates

On the global front, Asian stocks were trading marginally lower, following negative closing at Wall Street in overnight trade as investors weighed US President Donald Trump's decision to increase 25 per cent traffic on USD 200 billion worth of Chinese goods.

The housing finance company reported a net profit of Rs 379.7 crore in Q4FY19 as opposed to Rs 251.6 crore in the same quarter last fiscal.

RIL share up 2 per cent on acquisition of Hamleys

Reliance Brands Limited, a subsidiary of Reliance Industries, announced yesterday that it will acquire Hamleys Global Holdings Limited, the owner of British toy brand Hamleys, for an undisclosed amount.

State Bank of India is among the stocks to watch today since the lender will be announcing its fourth quarter results for the last fiscal. And market experts say that the outlook is good.

According to HDFC Securities, the country's largest lender is expected to report profit after tax of around Rs 4,000 crore "as LLPs [loan loss provisions] trend downwards".

Welspun Corp board to consider buyback

The company's board meeting is scheduled on May 14 to consider proposal of buyback of the fully paid-up equity shares of the company. The board will also consider the financial results for the year ended March 31, 2019 and recommendation of dividend on equity shares.

At the opening hour of trade, market breadth was positive, indicated by 2.61 advance-decline ratio on NSE, with 850 advances against 326 declines and 61 unchanged stocks. Similarly BSE AD ratio stood at 0.78, indicating 637 advancing stocks against 297 declining ones while 33 stocks were unchanged.

Indian benchmark indices opened higher on Friday, snapping seven straight sessions of fall, as investors took cues from the US President Donald Trump comment that reaching trade negotiations with China is still possible. The S&P BSE Sensex rose 0.37 percent to 37,698.23 and the NSE Nifty 50 opened to 11,340.55, up 0.34 percent.

Markets are expected to open flat on account of global cues. US Futures is up 50 pts and US Dow Jones declined half a percent ahead of critical trade negotiations between the US and China. Traders are advised to keep light position. Brent crude surged above $71/barrel.

Asian market bounced back into positive territory. SGX Nifty is down by 16 pts. Indan Rupee closed near 70 against the dollar.

Growing concerns over the trade talks between China and US coupled with Lok Sabha elections have led to nearly 1,500 points decline on the Bombay Stock Exchange in last 7 sessions.