LIC, PolicyBazaar, Flipkart and more: Top 10 IPOs to watch out for in 2021

The IPO market is likely to see a number of big-ticket launches due to positive market sentiment, which has led the Sensex and Nifty to record highs in 2021 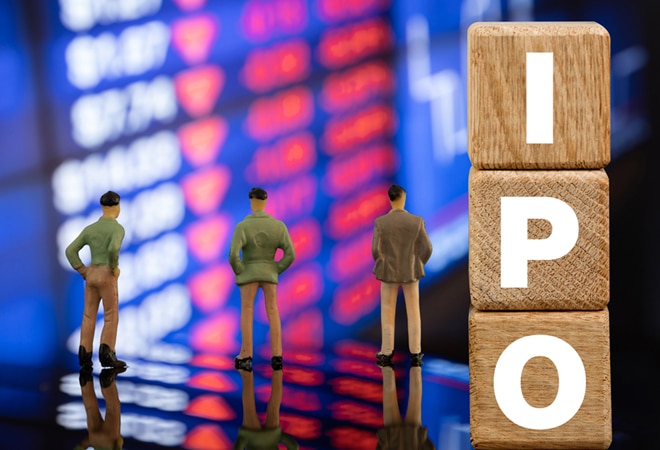 In 2020, a majority of IPOs were launched in the second half after market sentiment improved after the historic March crash.

The Indian market is set to witness a flurry of initial public offers (IPOs)  in 2021 as equity markets are zooming on prospects of Covid-19 vaccines pulling the global economy out of recession. In 2020, a majority of IPOs were launched in the second half after market sentiment improved after the historic March crash. This led to companies raising a mammoth Rs 31,000 crore in the year gone by.

The IPO market is likely to see a number of big-ticket launches due to positive market sentiment which has led the Sensex and Nifty to record highs  in 2021. Here's a look at ten IPOs which may steal the limelight on Dalal Street this year.

Zomato: Zomato is set to launch its IPO this year. The largest online food delivery company has over 50% market share in India. According to reports, the firm has raised $500 million in a pre-IPO funding round last month. Ant Financials owns 26% stake in the company. Its IPO is expected to be launched by June this year.  Zomato reported a huge 160.6 per cent rise in its losses for the financial year (FY) 2019-20 while its revenues increased 98 per cent from the preceding FY. Losses rose to Rs 2,451 crore in FY20 against Rs 2,451 crore in FY19.

PolicyBazaar: Online insurance platform PolicyBazaar plans to launch its IPO in 2021.Its valuation is likely to be pegged at $3.5 billion. The firm is backed by SoftBank Group's Vision Fund, Tiger Global Management and Tencent Holdings. It has nearly 90% market share in India.

LIC: The IPO of LIC is one of the most awaited share sales this year. LIC's 10 percent stake sale on the capital markets is touted to be the biggest in the history of India. The government plans to raise nearly Rs 1 lakh crore through the IPO. The IPO which was expected in the second half of last year was postponed due to the pandemic and is most probably expected after October this year.

Grofers: Softbank-backed Grofers is likely to launch an initial public offer by the end of this year after its profitability path zoomed during the lockdown period. Earlier the company had plans to go public in 2022.

Flipkart: The Walmart-backed e-commerce firm plans to launch its IPO later this year. According to reports, Walmart has hired Goldman Sachs to underwrite the IPO. Indian e-commerce is expected to reach around $130 billion in size by 2025 growing at 30% plus  CAGR. Walmart had acquired 82% stake in Flipkart in 2018 at a $21 billion valuation.

Ola: The Bengaluru-headquartered cab service provider plans to list on bourses this year. The firm has around 50-55% market share in India. It has presence in over 250 cities, 1.5 million driver partners and nearly 1 billion rides annually. It has built an international presence in Australia, UK and New Zealand. Ola has also ventured into payments (including pay later options).

Paytm: Paytm, the leading payments company led by Vijay Shekhar Sharma, is likely to launch its IPO this year. The company has around 150-200 million active users. Last round valuation was $16 billion. Ant Financials is the largest investor, holding 40% stake in the company.

Kalyan Jewellers: Warburg Pinus-backed and Kerala-based retail jewellery firm Kalyan Jewellers is all set to hit the primary market this year. The Rs 1,750-crore Initial Public Offer (IPO) would consist of a fresh equity issue of Rs 1,000 crore and an offer for sale (OFS) of worth Rs 750 crore, according to the Draft offer document. The jewellery showroom chain received a nod from market regulator Securities and Exchange Board of India (SEBI) to float its initial public offering (IPO) last month on October 15.

Byjus: Byjus, which is the largest online education company in India, plans to enter primary market this year. Lockdown due to COVID-19 pandemic has provided tailwinds to EdTech with traffic for leading apps up by 300%. Byjus has around 70 million registered users. Last round valuation was at nearly $11 billion. Key investors are Naspers and Sequoia.

Oyo: Hospitality firm OYO Hotels and Homes may commence its share his fiscal. In December 2020, founder and group CEO Ritesh Agarwal told employees that the firm was recovering from the coronavirus crisis and has around $1 billion to fund operations until initial public offering (IPO).  Oyo Rooms is currently the largest hotel chain in India and 6th largest globally. It has portfolio of over 1 million rooms globally and over 23,000 exclusive hotels across 800 cities. In India, OYO is present in over 415 Indian cities with 18,000 properties.