With cinema halls and multiplexes being allowed to reopen starting mid-October, entertainment stocks are expected to gain strength going ahead 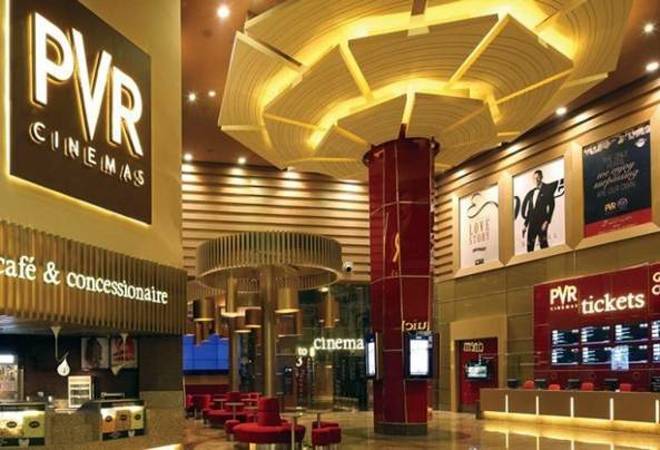 The cinemas, theatres and multiplexes have taken substantial financial hits so far

With cinema halls and multiplexes being allowed to reopen starting mid-October, entertainment stocks are expected to gain strength going ahead. A day after the government permitted cinemas to operate with 50 per cent seating capacity under 'Unlock 5' rules, shares of multiplex operators - PVR and Inox Leisure - substantially surged. On October 2, PVR shares jumped as much as 14 per cent to hit an intraday high of Rs 1,395 and Inox Leisure gained 18 per cent to touch an intraday high of Rs 318.20.

The cinemas, theatres and multiplexes have taken substantial financial hits so far as they remained shut over concerns about crowds since the nationwide coronavirus lockdown started in late March. Nearly 9,500 theatres were closed.

"Reopening of cinemas halls with limited capacity is a big relief for industry as it will begin much needed revenue generation which was stalled for months. The break even level for multiplex industry is generally at 20-30% occupancy levels. The key triggers for multiplex industry under pandemic period are line up of big budget movies and quality of safety measures at cinema halls with receding fear of virus among moviegoers," said Suyog Kulkarni, Senior Analyst- IT services, Media and Internet at Reliance Securities.

PVR and Inox Leisure have gained 4.35 per cent and 3.15 per cent, respectively from April 1 to September 30. On the other hand, BSE Sensex has gained 29 per cent in the same period.

Industry analysts expect the government's move to boost pent-up demand, especially in the run up to the upcoming festive season. "MAI wholeheartedly welcomes the decision by Government of India allowing cinemas to reopen across the country starting October 15, 2020. Millions of movie lovers, employees of the cinema exhibition sector, along with the entire film industry were eagerly awaiting this announcement," the Multiplex Association of India (MAI) recently said in a statement.

"The re-opening of multiplexes is a big positive for both PVR and INOX. However, while the central government has allowed them to open, each state has to decide on the re-opening. So far, only West Bengal has announced that it would re-open theatres. We believe the stock performance would largely depend upon how many more states (especially Maharashtra and Delhi) follow West Bengal and allow the reopening of theatres. Further, post-re-opening, traction in footfalls and the number of new movie releases would dictate the momentum in both these stocks," said Ajit Mishra, VP Research, Religare Broking.

Even as the stocks are expected to show improvement, a section of analysts is cautious about the prospects. In the post coronavirus era, the maintenance costs of the movie halls may surge by as much as 25 per cent. This adds up to the monthly loss due to the closure of cinema halls. According to MAI, the loss stands at Rs 1,500 crore per month. In six months, the industry has already lost revenue amounting Rs 9,000 crore.

Commeting on the matter, Nirali Shah, Senior Research Analyst, Samco Securities said: "There is some respite for the multiplexes in the country, as the government allows re-opening of cinemas from October 15 with 50% capacity. While this is definitely good news, we still remain cautious on the multiplex stocks. Steady rise in Covid-19 cases, shifting preference towards OTT platforms and low content pipeline remain a cause of concern for the industry. It will take another 3 to 6 months for the capacity utilization to reach back to pre-Covid levels if all goes well. Stocks will look to consolidate in the near term with occasional knee jerk reactions on any news & developments on capacity widening. Footfalls are still far from peaking as people will remain averse and skeptical to venture out for entertainment because of the pandemic. Investors should wait and watch and not jump in to buy these stocks as most of the positives have already been priced in limiting the upside. A second wave could make matters worse increasing the risk."

Vinit Bolinjkar, Head Research, Ventura Securities said: "Given the lockdown OTT has emerged as a true disruptor of the movie exhibition business. In addition the current negative sentiment towards Bollywood movies means that already severely reduced expectations on footfalls would be under severe strain. Global sentiment on the multiplex business has only weakened. Stay away."

As per a recent report by Elara Capital: "We believe F&B revenue, which constitutes nearly 26 per cent and 28 per cent of top line for Inox and PVRL, respectively, will remain under pressure until concerns subside with the arrival of vaccine or cases becoming negligible. Further, the occupancy cap may remain longer than expected in cinemas, which, in turn, will have a direct negative impact on ad revenue."

This stock turned Rs 1 lakh into Rs 2 lakh in six months, did you miss the rally?