Kris Gopalakrishnan talks about entrepreneurship at Indian School of Business

"Is entrepreneurship for you?". This was the question that Senapathy Kris Gopalakrishnan, co-founder Infosys and chairman, Axilor Ventures  tried to address for the students of the Indian School of Business (ISB) on Friday, May 5th in Hyderabad. 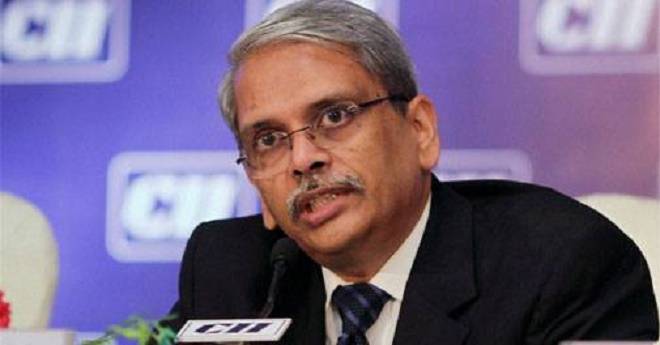 "Is entrepreneurship for you?". This was the question that Senapathy Kris Gopalakrishnan, co-founder Infosys and chairman, Axilor Ventures  tried to address for the students of the Indian School of Business (ISB) on Friday, May 5th in Hyderabad. Gopalakrishnan's talk was part of the ISB Dean's speaker series launched last year where in thought leaders are invited to the campus to share their views.

In his talk, telecast live to the school's other campus in Mohali, Gopalakrishnan said there were few questions that aspiring entrepreneurs need to keep in mind. These, he said, relate to aspects like asking if there is an alignment of purposes between the co-founders and if their goals are similar. This, in the founding team, he said is important as they would be embarking on a journey together and no one will then drop off. Giving the example of Infosys, he said, when it started all shared the goal of creating a globally respected organization. Second question has to be on identifying who your heroes are in the field of business? This, he felt, was important "because it tells you of the qualities you want to see in yourself and want to aspire to become." Then, it is the question on the environment to start a business. Here, he said, "you typically need to ride a wave. For instance, when Infosys was started in 1981, personal computer was introduced by IBM, proliferation of computers was started in 1981 and IBM had quit India after 1977 opening up opportunities for many start ups ."

What is important for budding entrepreneurs today is that the IT revolution is far from over. "I personally believe that the next 30 years are going to be even more exciting because it is not just about IT now. It is about use of IT in every aspect of our life and every industry that we can think of. The automotive industry is going to transform because of things like self -driving vehicles.  In alternative fuels, lot of innovations are happening , the healthcare industry is getting transformed because of precision medicine and personalized medicine, newer technologies and Internet of Things (IoT). There is revolution taking place in the Fin-Tech space. When every industry is getting transformed and getting disrupted, it is the best time to think about starting your own business."

This, he felt, was also important because, "by and large, disruptive ideas come from new businesses , existing businesses focus on defending their turf , working with their existing customers and protecting their revenue streams and profitability." What is more, the location is also ideal because India is the best place to start a new business because in India you can leapfrog and think of the new model. He also added that "if you want to get funded then it may be better to start a company with co-founders than being a single individual backed entity." About Axilor, he said, it was to help start ups (as an accelerator and seed fund) improve their odds of success.

On the founder's  challenge of disconnecting after leaving

Being able to disconnect after leaving. How big is this as a challenge before a founder? Ask Kris Gopalakrishnan and he says: "There are no right or wrong answers . You canot emotionally walk away from something that you have built over your lifetime - say over 33 or 35 years but you also prepare yourself because that is what you said you will do and that is what need to do and want to do to create a second innings , get involved in something else. That is what I did personally. But then, if there is any news about Infosys, I am the first one to read about it. In India, most of the businesses are family run or family-owned and you transfer the ownership to the next generation. But if you want to step down and handover to somebody else, please make sure that the process is defined and managed properly so that there is no hiccup in the business. His comments seem important in the context of the recent developments in Indian businesses with some concerns around the level to which founders are able to disconnect after they step down.

A path forward from the encryption debate