India Inc must use sustainability as a key driver of growth

Indians may feel proud about overtaking China as the world's economic engine without realising that this #1 position comes with a huge cost: the rapid depletion of scarce natural resources and increased pollution levels. 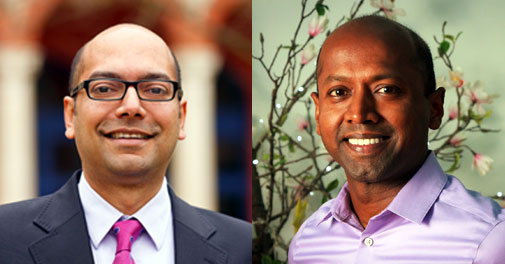 Jaideep Prabhu (left) and Navi Radjou
The Asian Development Bank has forecast that India's economic growth will outpace China's in 2015/16, thanks to improvements in the country's political and macroeconomic conditions. Not surprisingly, PwC's latest Annual Global CEO Survey suggests that 71 per cent of Indian CEOs are very confident about growth over the next three years (the highest number among all CEOs surveyed worldwide).

Indians may feel proud about overtaking China as the world's economic engine without realising that this #1 position comes with a huge cost: the rapid depletion of scarce natural resources and increased pollution levels.

China is paying a high social and environmental price for its two decades of unbridled growth: air pollution has curbed life expectancy by five-and-a-half years in northern China while contamination and shortage of water has led to problems of land deterioration. The World Bank estimates that environmental degradation costs China nearly 10 per cent of its gross national income.

China's current woes are a cautionary tale: India could find itself in a similarly dire situation by 2025 if Indian companies pursue growth single-mindedly without consideration for the environment. Developed countries-and now China-are learning at their expense that what matters most is not the quantity of growth but its quality. Policy makers in the US, Europe, Japan, and China now reckon that producing more is less important than producing better.

According to a recent UN Global Compact - Accenture study, 94 per cent of Indian CEOs reckon that sustainability issues are key to their long-term business success. Yet only 44 per cent think that business is doing enough to effectively deal with global sustainability issues. This discrepancy could be explained by the fact that most Indian CEOs are at a loss when it comes to finding proven best practices that would enable them to "do better with less"-that is, simultaneously generate inclusive and sustainable growth while minimizing the use of increasingly scarce resources.

In our book Frugal Innovation, we show that such "frugal" business practices do exist, and are being adopted by visionary companies worldwide that have made sustainability a key pillar of their growth strategy. Based on our research, here are five frugal innovation strategies that Indian firms can adopt to integrate sustainability into their core business models and "do better with less":

1) Design eco-friendly products. Over 70 per cent of a product's life cycle costs - including its environmental cost-are determined during its design phase. As a result, R&D teams must adopt eco-design techniques like "cradle-to-cradle" to create products that minimize the use of resources through their entire life cycle and that can be easily recycled at the end of their life. For instance, in 2011, Levi Strauss launched Levi's Water

2) Build resource-efficient supply chains. Beyond R&D, companies need to make their production and distribution processes more energy efficient and less dependent on scarce natural resources. PepsiCo's Indian plants, for instance, generate two-fifths of their energy needs from renewable sources such as wind turbines and biomass. Similarly, Unilever is investing in energy-efficient warehouses and lower-emission trucks to meet its goal of improving the carbon dioxide (CO2) efficiency of its global logistics network by 40 per cent by 2020. Pioneering companies like Novartis have gone one step further by building "micro-factories" that manufacture small batches of goods faster, cheaper, and cleaner. In 2017, Novartis plans to roll out a new production technique called "continuous manufacturing" which takes place in a micro-factory the size of a container. Compared to large plants, this micro-factory can make drugs ten times faster, costs 50 per cent cheaper to build and operate, improves product quality, and reduces carbon emissions by up to 90 per cent.

3) Turn waste into valuable new resources. Rather than viewing waste as something that needs to be disposed of, firms should use "circular economy" principles to reuse waste in a productive way. Tarkett, a world-leading flooring and sports surface solutions provider, makes products using recycled plastic material that comes from used windscreens and structural safety glass. Tarkett has set up a recycling centre that processes not only its own products but also those of other manufacturers. Tarkett has set a goal of eliminating waste going to landfill by 2020.

Similarly, Siemens' Indian R&D team has developed a cost-effective, energy-saving waste-water treatment method using a bioreactor. This solution could be a boon for India, which produces over 40 billion litres of waste water daily, of which only 20 per cent is treated.

4) Share assets and resources with others. Indian consumers are jumping into the "sharing economy" by exchanging goods and services among themselves thanks to peer-to-peer platforms like Blablacar (car sharing) and Airbnb (home sharing). By tightly integrating their supply chains, companies can also share resources and keep their fixed assets fully utilised while saving on costly raw materials and energy. In Denmark, companies co-located in the eco-industrial park of Kalundborg exchange their waste, energy, and information, thus collectively reducing their use of water and electricity and their carbon emissions. Similarly, chocolate makers Ferrero and Hershey share warehousing and transport assets and systems across North-America, thus reducing their logistics costs and environmental impact.

5) Team up with clean-technology start-ups. Rather than reinvent the sustainability wheel, Indian companies could partner with nimble clean-tech start-ups in India and abroad that have developed promising "green" technologies. Ventana, a start-up with a base both in India and Silicon Valley, has invented a disruptive technology to convert waste plastics into petroleum fuels on a large scale faster and cheaper. Sea6 Energy is a spinoff of IIT-Madras that is developing breakthrough technology to grow and convert seaweeds into biofuel. Indian firms should also reach out to clean-tech start-ups in tech hotspots like Silicon Valley. Take gThrive, a Valley start-up that makes wireless sensors designed like a plastic ruler that farmers can stick in different parts of their fields. The sensors collect detailed info on soil conditions, air temperature, and sunlight and help farmers reduce their use of water, labour, fertiliser, and energy while boosting their yields and crop quality.

India is about to overtake China as the world's fastest growing large economy. But sustaining that growth won't be easy for a country faced with an expanding population and a rapidly degrading natural environment. Indian companies need to demonstrate their ability to reconcile growth and sustainability. By adopting the five aforementioned frugal innovation methods, India Inc. can show to the world how to do more-and better-with less. "Make in India" is good". "Make Clean in India" is even better.

Navi Radjou is a Silicon Valley-based innovation and leadership advisor. He is a TED speaker and winner of the 2013 Thinkers50 Innovation Award. Jaideep Prabhu is Jawaharlal Nehru Professor of Indian Business and Enterprise and Director of the Centre for India & Global Business at Cambridge Judge Business School. Radjou and Prabhu are currently touring India to promote their new book, Frugal Innovation: How To Do Better With Less, published by The Economist in association with Hachette India.