Sudhir Pai, chief executive of MagicBricks, has been instrumental in scaling up its business and pushing it towards a leadership position within the fiercely contested online real estate portal segment in India. 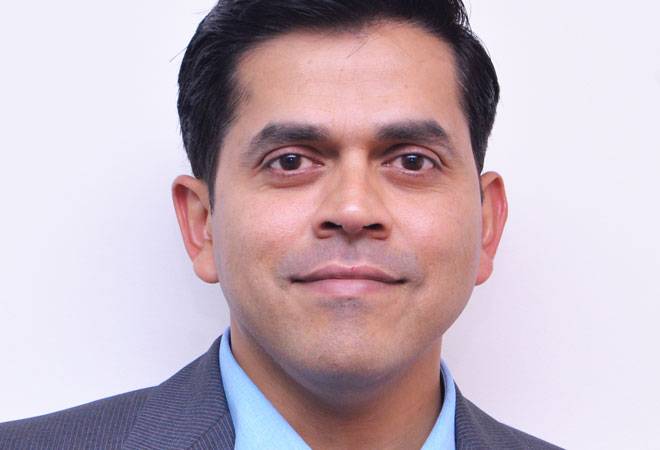 Sudhir Pai, chief executive of MagicBricks, has been instrumental in scaling up its business and pushing it towards a leadership position within the fiercely contested online real estate portal segment in India. In a candid interview, he tells how the big-bang stimulus to affordable housing in the Union Budget may bring in some cheers to the beleaguered sector. Edited Excerpts.

How has technology changed the way a company like yours functions, especially over the past one year?
In recent years, fast-changing technologies have shown their transformative impact on services, manufacturing and knowledge industries. Real estate consumers are also evolving fast. They are rapidly consuming solutions, which are more aesthetic; they are opting for immersive solutions that reduce their time and efforts required to make actual site visits and also make their entire property discovery experience delightful. We are leveraging technology in many ways.

Recently, we have launched India's first real estate "Experience Centre," that uses technologies such as virtual reality, augmented reality, on-demand video calling and large-format touchscreens, enabling buyers to perform a wide range of tasks ranging from browsing property listings and using various financial calculators to property comparison, seeking property advice and so on. Then again, mobile as a platform is being leveraged to deliver highly personalised content and search experience. In addition, we have set up a data sciences unit. This unit generates algorithms and analytics that improve search, identify fake listings, help curate sellers and generate prices/demand data that can be used as a decision-support system. PropWorth, a recently launched price-discovery app, is an output of this unit.

Do developers find better value online, in terms of branding and advertising, compared to traditional mediums?
A recent industry report suggested that 65 percent of those buying a home mostly search online, as part of their buying process. This figure is likely to grow with more than three-fourth of the users flocking to online as a more efficient medium for search and discovery. With the online platforms evolving, consumers are also likely to use these portals beyond the discovery phase, mostly for research, price comparisons and for services during buying and/or post-purchase phase. Online also enables developers to leverage rich media in the form of 3D floor plans; 360 degree, immersive walkthroughs; HD videos and so on, which help their brand marketing efforts. Digital is, therefore, likely to capture upwards of 25 percent share of the wallet. Going digital is surely the way forward for India and its real estate sector.

On the regulatory side, how do you see things shaping up for developers? Is the buyer getting empowered?
Various game-changing reforms were introduced last year and they have impacted the real estate sector at large. The Real Estate (Regulation and Development) Act (RERA) and Benami Transaction Prohibition Act 2016 are expected to bring in drastic changes in the real estate sector, largely benefiting the consumers. These reforms will bring transparency and credibility in transactions and change the fortunes of the sector.

The recently introduced Pradhan Mantri Awas Yojana (PMAY) for providing subsidy on interest subvention will also benefit the mid- and lower-income groups. These policy-level changes and announcements will boost demand and create the market for affordable housing. One of the great moves by the government in the Union Budget 2017 is the focus on affordable housing, moving toward housing for all by 2022. It is a big and positive move for developers, banks and housing finance companies. The criteria for affordable housing have been broadened; it is now based on carpet area instead of built-up area.

Also, flush with low-cost deposits, banks have reduced home-loan lending rates by as much as 90 basis points and the government's decision to provide interest subvention of 3 percent and 4 percent for loans of up to Rs 12 lakh and Rs 9 lakh, respectively, under the PMAY will further boost demand.

The government's focus on developing multimodal infrastructure, including rail, roads, ports, airports and waterways will not only help decongest urban areas, but will also boost the development of new industrial cities around our industrial transport corridors. Moreover, there have been other crucial initiatives, including digitalising land records, strategising sale of land and manufacturing units owned by the government, which are expected to transform the real estate sector. The recent policy changes will not only add credibility to the sector, but will also strengthen buyers' confidence, thus leading to stability and a win-win for both buyers and sellers.

The real estate market includes end users as well as investors. Which of them will become more active as prices soften?
Flat property prices over the past two years have seen investors largely exiting the market. Recent initiatives such as demonetisation, notification of RERA and goods and service tax (GST) will make sure that the market is largely driven by end users. Our data suggest that prices have softened only marginally in the post-demonetisation period. Any further softening of prices is more likely to attract end users who will see homes becoming more affordable.

What's your take on demonetisation and its impact on real estate? Will it change the Indian market for good?
Demonetisation has led to a deep-rooted, probably unrealistic, consumer sentiment that prices will fall steeply. This sentiment, along with the liquidity crunch, has led to a steep fall in property transactions as buyers and sellers are not able to agree on terms. Landlords seem to be largely holding onto to prices and in the primary markets too, developers have bundled deals to attract buyers and refrained from giving outright cash discounts.

Buyers have deferred their buying decisions and are waiting for the air to clear regarding various policy initiatives taken by the government. But we believe that demonetisation is a one-off, short-term phenomenon, and its impact will wane within a quarter or two. Our platform data show that buyer enquiries have started to improve and in many localities, they are even touching the pre-demonetisation levels. Owners and landlords, too, are showing heightened interest in selling their properties on our platform. With the government's current budget and financial stimuli, we anticipate a recovery in real estate transactions, particularly in the affordable segment. These stimuli will initiate the process of "remonetisation" in the real estate sector.

Globalisation is beneficial to the whole world, says Lyu Xinhua

Here's how US rate hike could impact India, emerging markets