Want to start a business? There is no reason to wait around. If you want to build something, start from where you are. Sairee Chahal, founder of women's networking and enabling platform, SHEROES shares insights from her journey with Business Today in an EXCLUSIVE interview.

"Start from where you are," says Sairee Chahal, founder, SHEROES

When Sairee Chahal started SHEROES back in 1999, the term "woman entrepreneur" was novel. Almost a decade later, both the scope and number of women entrepreneurs in India have increased. On the occasion of Women’s Entrepreneurship Day, Chahal speaks of her long and vivid journey as a founder and now a mentor in an exclusive interview with Business Today. Edited excerpts:

BT: You started SHEROES almost a decade back. How did you build and shape the community of women entrepreneurs since then?
Sairee Chahal: I never thought I would be a tech-entrepreneur. My roots are in a small town in Punjab, and my parents still live there. But I got a little lucky! In 1999, I was the first person on a team of a tech company, experiencing the whole journey, literally from an idea on a paper napkin to exit. My work at SHEROES is built on two core insights: first, technology is a massive enabler and second, women are not getting seats on the table. Movements like Amul, self-help groups, and cooperative microfinance institutions that have existed in India were my inspiration for SHEROES. This social network has always existed, it was just not technology backed. The first version of SHEROES was just the jobs and careers community; literally one tiny community of women caring about their careers, trying to get back to work, trying to look for flexible work, and then going from there. Then it became a platform only for communities and for women - a space for women to come online in a high-trust environment. The interesting hook for us was: “women only”. Culturally, “women only” is a thing in India, the Middle East, Southeast Asia, and maybe Latin America, and that is the unique filter we applied; while safe space for women was only an offline thing, we brought it online. Over the past decade, we’ve grown the community to a strong 25 million women who’ve discovered the power of the internet to really take charge of their lives and the campaign #TakeCharge platforms that. They want to connect and are aspirational, creative, and highly entrepreneurial. In 2021, we also launched our sister company Mahila Money, a full-stack financial products and services platform for women in India. Mahila Money is fuelling the growth of women entrepreneurs by reimagining their engagement as consumers of financial services. 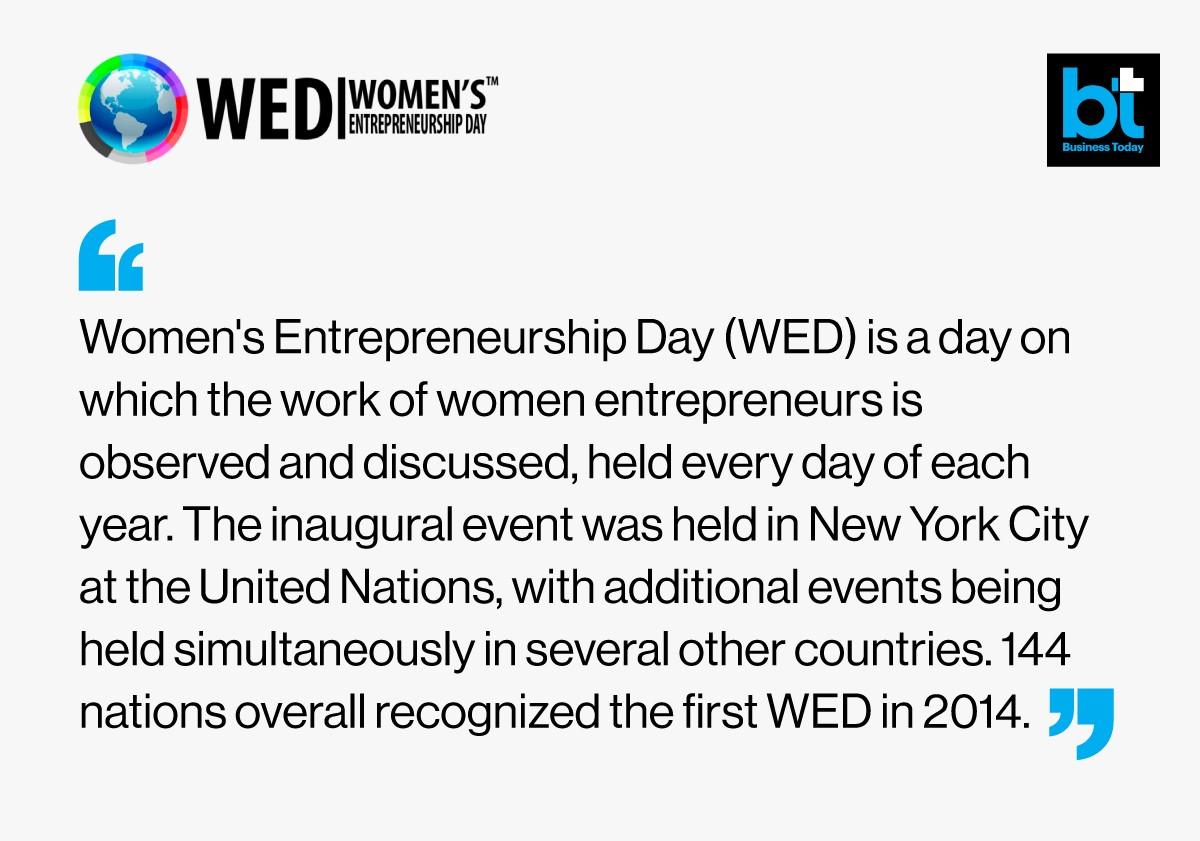 BT: Over time, SHEROES has been deepening its outreach. What is your observation about Indian women increasingly stepping up for entrepreneurship?
Sairee Chahal: In India, women get questioned for everything from going out with friends to their choice of clothing. But the agency has increased multifold for a woman with a mobile device. In an average home today, most people have a device. This also reflects our network strength - from a few thousand members when we started to 25 million women now who benefit from the ecosystem. When we launched our community marketplace, SHOPonSHEROES last year, we saw women grab the opportunity to take that first step towards starting their own business and over 12 thousand women now have their online shops on SHEROES. It did not stop there. Earlier this year, we launched WomenWill, a Google-certified free business training course on SHEROES for women entrepreneurs who wanted to do more and were looking for formal business training. Today, there’s this massive wave of aspiration in India - मैं कुछ करना चाहती हूं ("I want to do something") attitude. Cutting across demographics, age, and class divide, aspiration is the common binding factor of the work we do. Women have this aspiration, to be recognised, to be independent, and to be part of the new technology. That’s the hunger we found in women wanting to be entrepreneurs across India. We are still a country where only 9 per cent of women have formal work, which means the rest of these women are basically looking for different ways to create income.

BT: The absence of skills, finances, and family support – was once the biggest hindrance to growth for women entrepreneurs. Have things changed over the decade?
Sairee Chahal:  If we want women to be entrepreneurs, we have to make capital and the right opportunities available to them. We need institutions that are focused on the purpose, and we need great technology to back them. Over the past decade, we’ve seen changes that could be possible because women were ready to take charge with the access to right resources. With Google’s WomenWill, the free business training and skilling program on SHEROES, for example, we saw an entrepreneur who had to close her business during the pandemic, find the confidence to reinvent her career in the process of completing the course. She overcame depression, started a tuition center, and began earning again. From no income to make Rs 10,000 a month was just the boost she needed at that time. Another woman came to us with a request for a Washing Machine Loan, which comes under Consumer Goods Loan. When we asked her why she wanted this, she told us that she lived in a joint family and spent two hours each day in washing clothes. “If I buy this washing machine, I want to use those two hours for my business.” The entire context changed with this idea – as she decided to channel two hours of her chore time to running her business. A lot of our work is around that woman who wants to do more. And there are big shifts taking place there.

BT: Financing your dream – is finance still a barrier for a woman who has an idea and wants to build on it?
Sairee Chahal: Digitisation is changing the process of enterprise creation. There is a new class of women entrepreneurs who are redefining MSMEs. These are women who run online boutiques, tailoring units, coaching centers, food businesses, or online yoga studios. We do not recognise such enterprises because they are not formal, so we are also not funding them. These women are not recognised by government schemes, so she’s beyond microfinance, and not big enough for a bank and thus stuck in the middle. Most women in India don’t have inheritances or assets. So how do they get collateral-free loans for micro solopreneur businesses? She doesn’t want to go to her husband because that just complicates her relationship with him and puts her in a lower hierarchy than she already is. I think a lot of creative solutions between technology companies and regulators around this can be partnered. The idea is to help women be on their feet and continue to support the entrepreneurial ones. She may require a loan today as a solopreneur, chances are she could be employing 10 people by the end of the year. 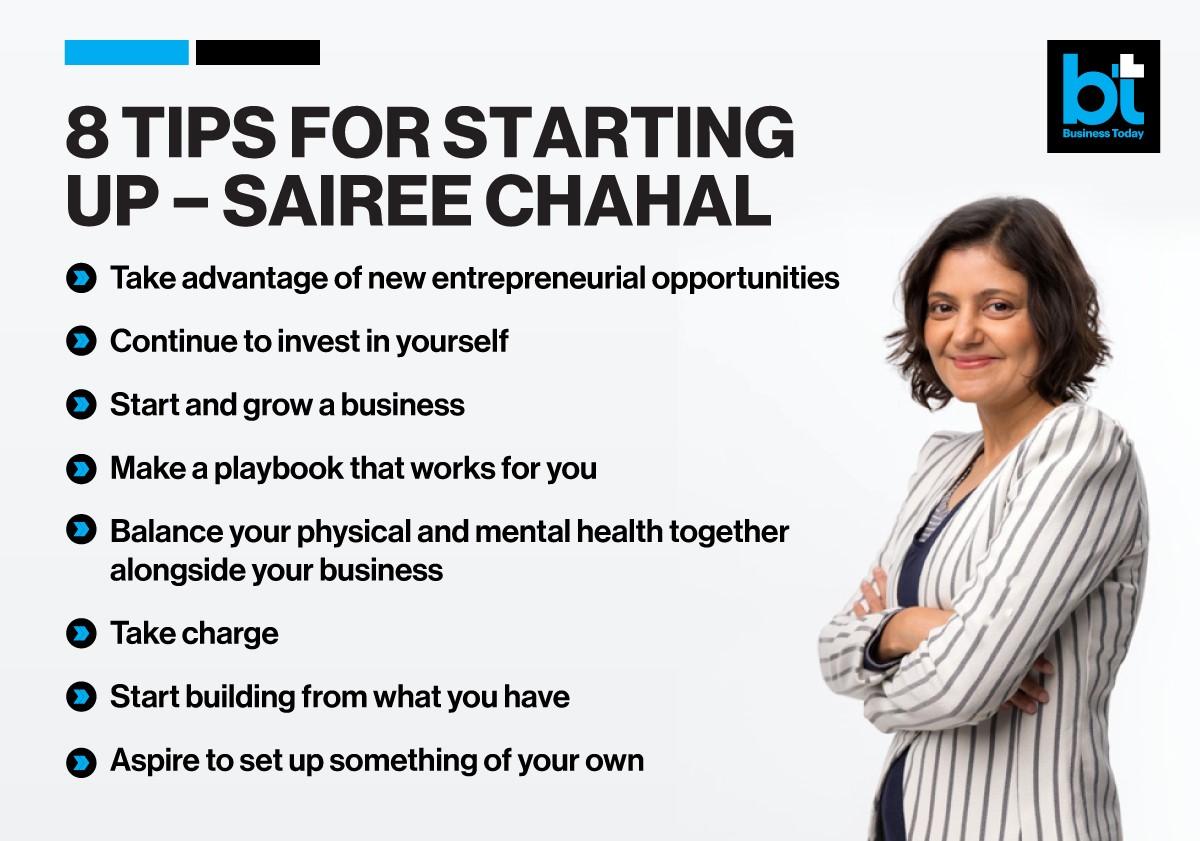 BT: We have also seen many women who ventured into the start-up route and then rolled up soon – do you think many women give up too soon?
Sairee Chahal: I think that’s a large enough problem statement and it’s important to understand the ‘why’. I’ve been an entrepreneur more than once. Not only do women get little capital but the world women entrepreneurs witness is also very different from what their male counterparts do. With less than 2 per cent of funding due to widespread biases, and lack of access and resources, capital for women is difficult to come by. Also, there’s no one batting for a small profitable business in the vicinity of Rs 2-5 million, it’s one of the most stuck segments. It still has overheads and a similar regulatory framework that a large business has. If we want to encourage women entrepreneurs, we need to ease up a little bit and focus on women’s entrepreneurship at a policy level. Indian women have deep-rooted aspirations for financial independence. With limited jobs available, entrepreneurship is the engine that can drive this revolution. At SHEROES, we recognise this and continue to do more of the same. Mahila Money loans and SHEROES Capital offering access to angel investing and seed funding for women-led businesses are both a step in that direction. Women’s access to capital deserves the same enthusiasm as the creation of unicorns, and we need to put more capital in the hands of women-led startups to fuel their success.

BT: What is your prediction for the growth of entrepreneurship among women in India for the next decade?
Sairee Chahal: Over the past year, Mahila Money credit disbursals have grown 400 times, helping women entrepreneurs build their businesses and meet working capital needs. Over 60 per cent of these women were new to credit.  Entrepreneurship is definitely going mainstream and micro-entrepreneurs from rural India are the fastest-growing demographic on the internet. With investments made to tap into their potentiality, we’re looking at over a 100 million entrepreneurs with a digital business footprint and access to capital. The SHEROES ecosystem is geared to support these women micro-entrepreneurs and aspirants, via a range of resources, financial and digital skilling opportunities, and community support.

BT: What are the biggest areas of opportunity for women entrepreneurs today?
Sairee Chahal: The ecosystem for women entrepreneurs today has grown significantly, from enabling access to capital, mentorship, and more. I encourage women to take advantage of these opportunities and continue investing in themselves to both start-up and grow a business. Make a playbook that works for you to balance your physical and mental health together with your business. It’s your journey to #TakeCharge and start building from what you have and aspire to build something of your own.