First came the ambitious target of having all new cars electric by 2030. Then, the about-turn of not needing any policy on electric vehicles. And now, toning down the hyperbole. 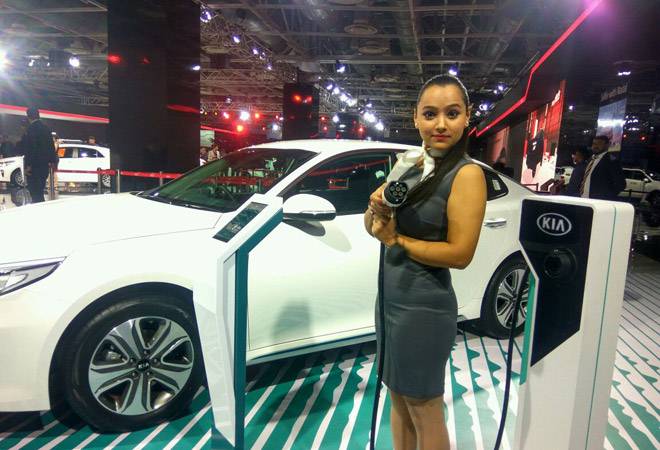 First came the ambitious target of having all new cars electric by 2030. Then, the about-turn of not needing any policy on electric vehicles. And now, toning down the hyperbole. The government seems to be realigning its roadmap for electric vehicles closer to what the automobile industry had envisioned.

In December last year, SIAM or the Society of Indian Automobile Manufacturers came up with a white paper that stated electric vehicles will constitute 40 per cent for overall new car sales by 2030. The apex carmakers' body had predicted a 100 per cent electric vehicle sales only by 2047.

It was the minister for road transport and highways, Nitin Gadkari, who first flaunted the idea of having electric vehicles to account for 100 per cent of all new sales by 2030. And only last month, the minister said there was no need for a policy on EVs despite vouching for it over the past one year.

However, there may yet be some hope for the future of electric cars in the country. Speaking at the launch of National E-Mobility Programme, Power and New and Renewable Energy Minister, R K Singh said the government will bring out a policy for electric vehicle charging infrastructure in the next 15-20 days.

"The policy will provide that charging e-vehicles would be a service and not sale of electricity. Thus all those setting up charging stations would not require a licence," Singh added.

According to a report in Financial Express, Power Secretary Ajay Kumar Bhalla has confirmed that the government is focusing on creating charging infrastructure and policy framework so that by 2030 more than 30 per cent of vehicles are electric vehicles.

Power Minister further said that the policy for electric vehicle charging infrastructure should be a reality in the next 15-20 days because its draft is finalised by the Central Electricity Authority and power ministry agrees on that in-principle. The EV policy would provide norms for bidding, installation and power sale price of charging stations among others.

The government says the objective of the National E-Mobility Programme is to provide an impetus to the entire e-mobility ecosystem including vehicle manufacturers, charging infrastructure companies, fleet operators and service providers.

EESL had earlier floated a tender for procuring 10,000 electric cars for which Tata Motors and Mahindra & Mahindra qualified the bids under the auction.