Hyundai Venue  competes with the likes of Mahindra XUV 300, Tata Nexon and Ford EcoSport. It is available in 11 trims-- Seven petrol and four in diesel variant 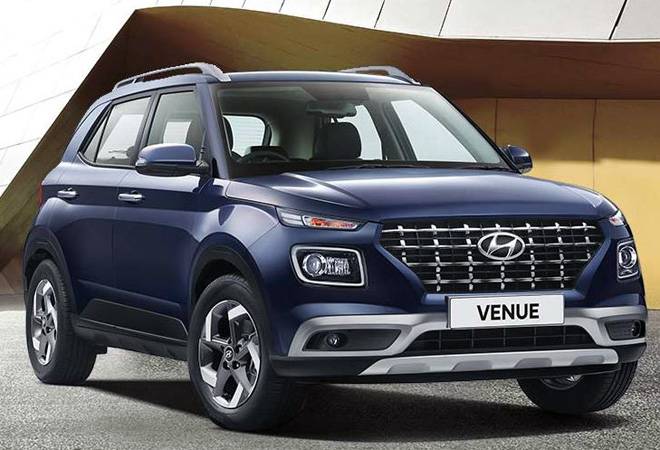 The four variants with diesel engine are priced between Rs 7.75-10.84 lakh. Though there is widespread debate on the viability of small diesel engines in India once the BS-VI emission norms come into effect from April 2020, Hyundai has clarified that it will continue to offer compatible diesel engines in the country and unlike market leader Maruti Suzuki, it has no plans to discontinue any of them. Maruti's bestseller Brezza compact SUV which is the segment leader with average monthly sales of around 14,000 units currently comes only with a diesel engine. Venue also competes with the likes of Mahindra XUV 300, Tata Nexon and Ford EcoSport in a highly crowded and competitive segment. It is also one of the fastest growing segments in the industry with an average annual growth rate of 28 percent in 2018.

"Venue is India's first fully connected SUV equipped with our global Blue Link Connected Technology. The Indian market is at the centre of our global growth plan and the launch of the Venue will strengthen our commitment to the Indian market," said SS Kim, managing director and CEO, Hyundai Motor India Ltd. "We are sure it will create a new benchmark in the segment and demonstrate our unwavering promise of offering the highest quality and feature rich products to the customers."

The launch of the car comes at a time when the Indian automobile industry is in the midst of a deep slowdown. Domestic passenger vehicle sales have declined in nine of the last 10 months. Last month, industry volumes declined by over 17 percent, the steepest in a month in 8 years. Hyundai saw a decline of 10 percent during the month. Its last big launch, the new Santro, has not met the expectations of the company but it believes things will be different with the Venue. With the continued success of the bigger Creta SUV, the company is aiming at a leadership position in SUVs ahead of Maruti Suzuki and Mahindra and Mahindra, with the Venue by the end of 2020.

"We will be a formidable player in the SUV segment and we are eyeing leadership position. Between the Venue and Creta, we are looking at volumes of 18-20,000 units per month," Kim said. 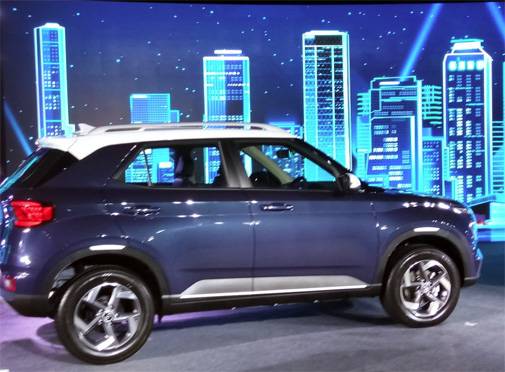 Currently, Maruti leads the UV segment in India with average monthly sales of around 22,000 units in fiscal 2019, followed by Mahindra at about 19,500 units. Hyundai's tally was at 10,500 units during the fiscal. Overall. Hyundai plans to produce 7.44 lakh units in 2019 of which domestic sales is expected to account for 5.8 lakh units-a growth of 5% over 5.5 lakh units the company sold in 2018.

Developed with an investment of over Rs 1,000 crore, the Venue is powered by three different powertrains - a 1-litre turbocharged petrol engine with the dual clutch 7-speed transmission, a 1.2-litre naturally aspirated petrol engine and a 1.4-litre diesel engine.

The Venus comes with three engines and three transmission options. The diesel version has a 1.4-litre  engine produces 90PS power and 220NM of torque and is mated to a 6-speed manual. The 1.2-litre petrol engine has a peak power output of 83PS and 115NM of torque which is delivered through a 5-speed manual transmission. The 1.0-litre turbocharged petrol, the priciest of the lot, makes 120PS of power and 172Nm of torque coupled to a 7-speed DCT, which is also the only dual-clutch automatic in the segment as of now.

Hyundai Venue boasts of over 33 connected vehicle features including 10 India specific ones. An embedded eSIM is used for the connected tech, which Hyundai calls Blue Link. It will offer features that include unique functions like remote start, climate controls and location tracking, along with a host of features. Head here to read more about what it packs.