India's vehicle production may shrink 8.3% in 2020 due to coronavirus outbreak: Fitch Solutions

In China, where the virus originated, automotive manufacturers have halted production in order to limit the congregation of people and reduce the exposure of its population to possible infection 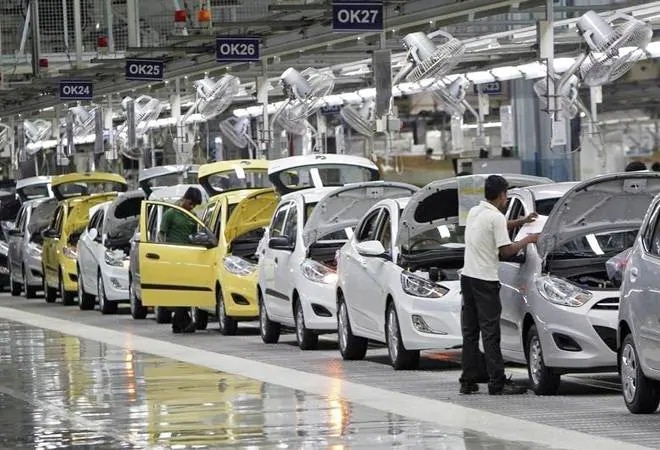 China is one of India's largest supplier of automotive components

Fitch Solutions on Wednesday said it expects vehicle production in India to contract by 8.3 per cent in 2020 as the auto industry faces increasing risk of supply shortage due to China's coronavirus outbreak, possibly hitting domestic output if the virus spreads in the country.

In China, where the virus originated, automotive manufacturers have halted production in order to limit the congregation of people and reduce the exposure of its population to possible infection and "we see India adopting similar policies if the virus spreads throughout the country," it said.

Given that India's health care system is ill-equipped to deal with a large scale epidemic, the rating agency said "the impact on Indian autos will be much larger because the virus will likely spread much faster in the country when compared to China".

Furthermore, because China is one of India's largest supplier of automotive components, a slowdown in the supply of China-made components will lead to shortages in India and could force auto makers to slow or stop production.

As a result, we forecast vehicle production in India will contract by 8.3 per cent for 2020, following an estimated contraction of 13.2 per cent in 2019.

The agency said that it believes that the weak domestic demand for new vehicles will see India's vehicle production continue to contract in 2020.

"China supplies India with between 10-30 per cent of its automotive components, and this could be two to three times higher when looking at India's EV segment, which highlights just how exposed India's automotive manufacturing industry is to the slowdown of vehicle Chinese component manufacturing," it said.

Fitch also believes that the protectionist policies presented in the country's 2020 Budget with regards to electric vehicles will offer some upside potential for local EV production, but it will be accompanied by increased trade risk.

Also read: Coronavirus outbreak in China may be over by April, say medical experts

Coronavirus: Why Xi Jinping did not wear the safer N95 mask to hospital