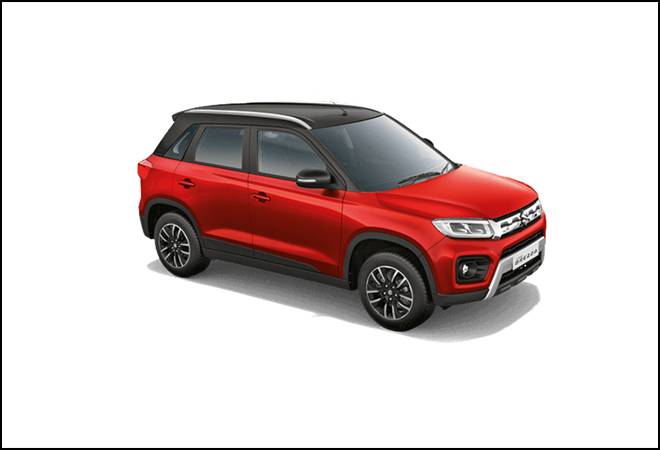 The Brezza has been India's largest selling SUV since its launch in 2016 but was powered only by a diesel engine. Following Maruti's announcement last year to exit from the diesel market entirely with the onset of BS VI emission norms from April, the diesel engine in the Brezza has also been replaced with a BS VI compliant 1.5 litre petrol engine. The bigger engine however disqualifies the car for lower 28 per cent GST that it had enjoyed thus far. The new duty applicable would be 43 per cent. It also reflects on its pricing.

The manual petrol version of the car is priced between Rs 7.34-9.98 lakh while the four automatic transmission versions are priced between Rs 9.75 lakh and Rs 11.40 lakh. Arch rival Hyundai's Venue, which is also Brezza's main competitor in terms of volumes, is priced between Rs 6.55-11.16 lakh for petrol and Rs 7.8-10.9 lakh for diesel versions.  Brezza's variant wise pricing is also interesting with the base model costing significantly less than the others that are priced upwards of Rs  8.35 lakh. The entry level versions of most cars in India do not sell very well.

"Our customers are evolving and so are their aspirations. Vitara Brezza has evolved to become highly powerful brand over the past 4 years. Keeping up with its strong, urban and premium appeal, the all-new Vitara Brezza is bolder, sportier and more powerful," said Kenichi Ayukawa, Managing Director & CEO, Maruti Suzuki India Limited.  "We are confident that the all-new Vitara Brezza will take forward the rich legacy of its predecessor with overwhelming customer response."

The new petrol engine has a peak power of 103 PS and torque of 138 NM. The car also comes with dual front airbags, ABS with EBD, driver and co-driver seat belt reminder, rear parking assist and reverse parking sensors. Maruti has also added dual battery smart hybrid system that it claims offers improved fuel efficiency, idle start-stop, torque assist functions and brake energy regeneration. It offers a fuel economy of 17.03 kpl with the manual transmission and 18.76 kpl with the automatic transmission that is equipped with the smart hybrid system.

With the diesel version being discontinued, the company may find it tough to hold on to its leadership position in the segment. In 2019, more than 1.27 lakh units of the Brezza were sold, which were all diesel. The share of the fuel in the company's overall volumes for fiscal 2019 stood at 21 percent and it expects a similar percentage for the current fiscal year as well. In the compact SUV segment as with the overall SUV category too, diesel commands a sizeable chunk of 48 percent in India.