The Jayem Neo is scheduled to be unveiled by Prime Minister Narendra Modi and Tata Sons' Chairman Emeritus Ratan Tata at an event in Hyderabad. 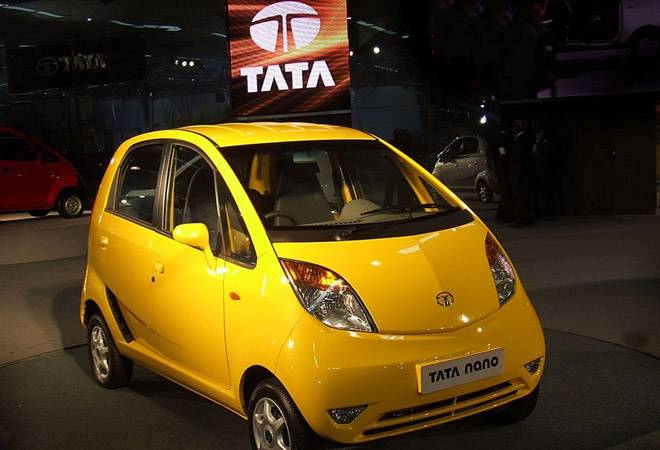 Tata Nano is likely to come back with an electric motor next week, according to reports, in a fleet only option. An Autocar India report suggests that Tata Motors is going to launch the Tata Nano in an electric avatar on November 28 with the moniker Jayem Neo. The electric version of the cheapest car in the world will be jointly manufactured by Tata Motors and Coimbatore-based Jayen Automotives.

Jayem Automotives has been working with Tata Motors since long and has recently entered into a joint venture with the Indian auto giant to develop sporty variants of certain Tata cars. Notably, the Jayem Neo will not have any Tata badges on it, the report stated. Tata Motors will only supply empty Tata Nano body shells to Jayem Automotives.

The electric power train for Jayem Neo, or the Tata Nano EV, will be sourced from Electra EV, the Autcar India report said. The electric car will even bear 'powered by Electra EV' badges on its sides. Electra EV is a one-stop destination for electric mobility solutions.

The Jayem Neo will be powered by a 48-volt electric system producing 23hp of power which should be enough power to run 800kg car. The ARAI cycle range for the electric car has been pegged at 200 km, which would effectively be in the neighbourhood of 140km with four passengers and air-conditioning, reports suggest. The Tiago EV recently launched by Tata in the United Kingdom boast a cycle range of 100 km, whereas the Tata Nano EV concept teased back in 2010 had a cycle range of 160km.

The Jayem Neo is scheduled to be unveiled by Prime Minister Narendra Modi and Tata Sons' Chairman Emeritus Ratan Tata at an event in Hyderabad. Although there still is no word on the price of the electric vehicle, it would be interesting to see whether it keeps the Rs one lakh price that Tata Nano was famous for. While the Jayem Neo will only be available as a fleet-only option, Tata Motors has plans to re-launch the Nano in an electric avatar later.

Meanwhile, Ola will reportedly join hands with Tata Motors to introduce the Jayem Neo. Reports suggest that the Indian cab aggregator will deploy 400 Jayem Neo units in its fleet running across Delhi-NCR by the end of 2017. This move comes close on heels of rising interest in electric vehicles and worsening pollution levels in the national capital.

The Modi government too has been pushing electric mobility enthusiastically for quite some time now. Union Road Transport Minister Nitin Gadkari had created some ripples in the Indian auto industry earlier this year when he warned auto companies to look beyond the internal combustion engine and fossil fuels, or face the music.

As India moves towards premium cars, can Dzire topple Alto?