The Yahama MT-15 is based on YZF- R15 and is priced at Rs 1.36 lakh, making it the most affordable MT series bike in India. 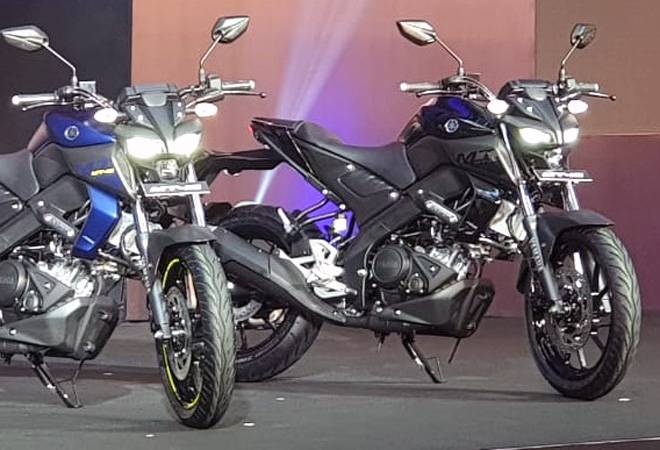 Yamaha has launched the Yahama MT-15, the inspired version of MT-09, in India. The bike is based on YZF- R15 and is priced at Rs 1.36 lakh, making it the most affordable MT series bike in India. The other MT motorcycle currently on sale in India is the MT-09, priced at Rs. 10.55 lakh. The Indian version of the bike is markedly different from the one that was unveiled in Indonesia. MT-15 is essentially the naked version of the Yamaha YZF R15 V3.0, which is already on sale in India. The new offering from Yamaha will take on the TVS Apache RTR 160 4V and the KTM 125 Duke in this space.

The Indian version of the Yamaha MT-15 gets the telescopic forks at the front instead of the USD forks. The Indian model also comes with black finished alloy wheels as opposed to the red finished alloys on the global version. It also has a Single Channel ABS, unlike the R15 that gets Dual Channel ABS. For the onlooker, the bike looks aggressive and has a very muscular styling, and sharp looking twin headlamps.

As far as the engine is concerned, Yamaha MT-15 is powered by 155.1 cc single-cylinder SOHC, liquid-cooled engine. It is the same engine that pushes the Yamaha R15. The bike comes with the Variable Valve Actuation (VVA) and has a power output of 19 bhp with a peak torque of about 14.7 Nm. The MT-15 has a fuel tank capacity of 10 litres, a ground clearance of 155mm and a kerb weight of 138kg. Yamaha has altered the final gear ratios and also the ECU setting in order to dig out better low and mid-range power. This makes the MT-15 faster than the R15.

The new MT-15 is part of Yamaha's ongoing Call Of The Blue campaign under which the company will offer 3 motorcycle series in India, which includes - the R Series, FZ Series, and now the MT Series.