The Yamaha Fascino Darknight edition comes with a Unified Braking System (UBS) along with additional features like maintenance free battery. 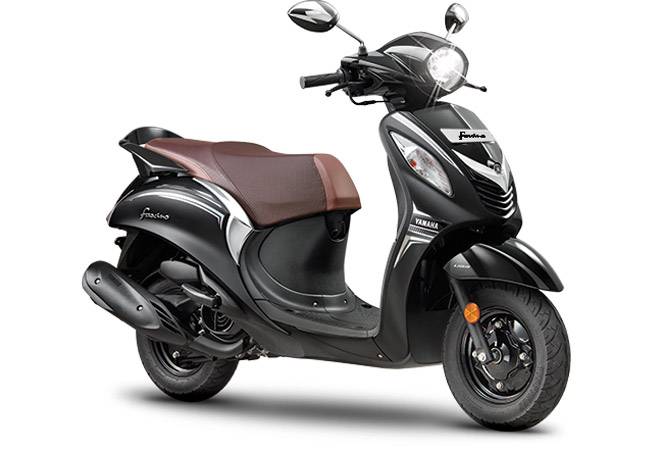 Yamaha Motor India has unveiled Yamaha Fascino Darknight Edition, a special edition of its popular Fascino scooter, at a price of Rs 56,793 (ex-showroom, Delhi). The Fascino scooter was initially launched in the year 2015 in six colour options. The new Darknight edition comes with a Unified Braking System (UBS) along with additional features like maintenance free battery.

At the launch event, Motofumi Shitara, Chairman, Yamaha Motor India group of companies said, "Yamaha is committed to establishing its uniqueness through exciting, stylish and sporty products and experiences. Yamaha Fascino has already gone up and about its unique style and excitement in the market. The new Darknight edition will further create an urbane style which is in line with Yamaha's efforts to add Darknight editions in many other two-wheelers."

The Yamaha Fascino Darknight Edition get its power from the 113cc single-cylinder engine that gives out 7bhp and 8.1Nm of torque, aided ably by the CVT gearbox. The Fascino Darknight comes with electric and kick start and gets telescopic suspension at the front and a unit swing at the rear axle.

Fascino isn't the only scooter in Yamaha's India armoury. Other 113 cc-scooter line-up of Yamaha includes several Cygnus variants, and all are available with maintenance free battery and UBS.

Meanwhile, IYM has a new strategic campaign governing its product and marketing initiatives called "The Call of the Blue". The campaign initiative is applicable for both motorcycles and scooters. Yamaha entered India in 1985 as a JV with Escorts Group. In August 2001, it became a 100% subsidiary of Yamaha Motor Co., Ltd. Japan (YMC).