British Airways said it commissioned a special project team to organise the flight (BA257F), which landed in Delhi at 5.45 am (local time) on Thursday 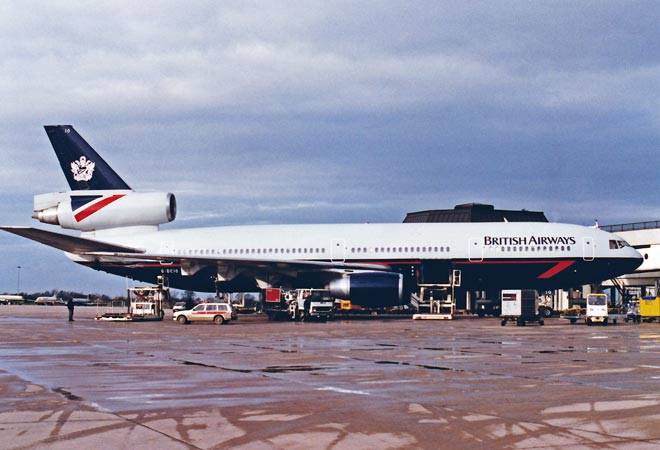 British Airways on Thursday said it operated a Boeing 777-200 aircraft carrying emergency aid, including oxygen cylinders and concentrators, to Delhi amid the country battling with rising coronavirus cases.

While IAG Cargo and British Airways have maintained a vital air link between London and India throughout the pandemic and sending aid on scheduled flights, this airlift was done through a special charter. It was fully-funded by the two companies, according to a release.

British Airways said it commissioned a special project team to organise the flight (BA257F), which landed in Delhi at 5.45 am (local time) on Thursday. The aircraft was loaded with more than thousand items from the Indian High Commission and charities. It included hundreds of urgent life-saving oxygen cylinders and shipments of oxygen concentrators, respirators and blood oxygen saturation monitors.

Besides, the airline is donating care packages for families in need. "The British Airways family has been deeply affected by the terrible scenes in India of the deepening humanitarian crisis that has impacted the lives of many of our people. We are fortunate to be in a position to help transport aid and I am so proud of the volunteers from across the airline and IAG Cargo who have stepped up to make this happen," British Airways' CEO Sean Doyle said.

He said British Airways will continue to stand with its friends in India as the country endures one of the "worst crises" it has ever known. British Airways is working in partnership with the Disasters Emergency Committee (DEC), which is organising the UK's humanitarian response.

DEC's CEO Saleh Saeed said DEC brings together 14 leading UK aid charities to respond quickly and effectively to disasters, with the fantastic support of partners in the corporate sector, including British Airways.

"We are hugely grateful to British Airways for springing into action to support our emergency appeals, enabling us to provide life-saving humanitarian assistance to people in India and elsewhere across the world when disaster strikes," he added.