Blade India is not a conventional charter company; It wants to focus on 4-5 million top households in India willing to spend more than an economy class airline ticket, but don't mind sharing the ride 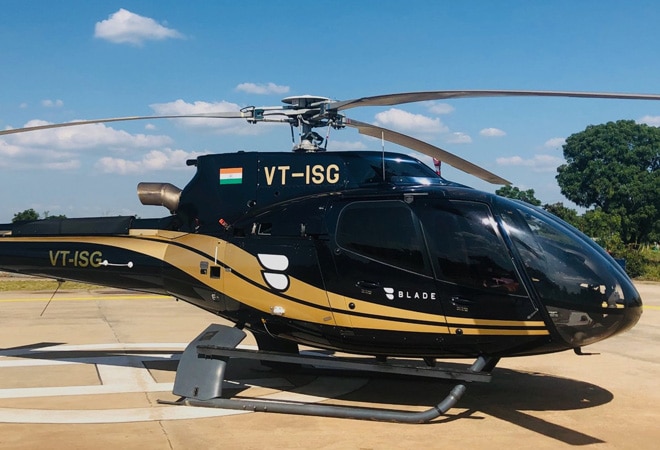 The pandemic has opened up some opportunities for the aviation sector. Even as a large chunk of scheduled airline business has been hit by the COVID-related travel restrictions, the airlines and charter companies are witnessing surge in the private flying demand. Blade India, a ride-sharing helicopter service, is catching the trend as it expects a long-term shift in the consumer mindset.

Blade India, which is a joint venture between Blade (in the US) and Hunch Ventures, started with Mumbai-Pune-Shirdi service last year, and is about to enter Karnataka with intra-city flights in Bengaluru to reduce daily friction from traffic. "We are seeing huge change in personal mobility among the affluent. Because of the concerns on safety, there's a huge demand for private flying. People who are going for weddings and holidays are chartering small aircraft," says Amit Dutta, Managing Director, Blade India.

But Blade India is not a conventional charter company. It wants to focus on 4-5 million top households in the country which are willing to spend more than an economy class airline ticket but don't mind sharing the ride with a few others. "These customers are willing to pay a little premium for personal safety matters. Airports are a big source of potential infection. If they are coming to my lounges, they can escape the density at airports. That's a big draw in case of helicopter charters," says Dutta.

The other big draw is time saving. For instance, Mumbai-to-Pune drive takes five-six hours as compared to about 40 minutes in the chopper. Indian aviation market has two ends when it comes to consumers. On one end, there are ultra HNIs, industrialists and politicians who either own small aircraft or hire them for personal use. The rest of the consumers fly in commercial planes. Earlier, the market had these two spectrums, but Blade's model is between the two ends. Its model is not about one person taking the aircraft because that restricts it to catering a small section of HNIs. At the same time, it doesn't want to be likened to Uber for having a similar business model. Why?

Dutta says that he just doesn't do simple point-to-point service like Uber. "We are not an Uber journey. We are adding a lot of hospitality elements. We have swanky lounges and best services there. We are offering complementary pick-up options (in BMWs and Audis) from home to lounges. Our customers expect themselves to be pampered," he says.

Blade India claims that once a person starts flying with them, they fly regularly. For instance, some people have travelled six-seven times over the past two months.

Experts say that charter business is expected to fall a bit after the commercial airlines come back with their full capacity. But Dutta thinks that the change in mindset would have a low impact on his business. "We are planning to go to other states within a short period of time. Not just in India but in subcontinent as well covering Bangladesh, Nepal and Maldives. The growth of short haul can be as disruptive as telecom," he says.