The assurance came following a meeting between the Jet Airways management and its domestic pilots' union, National Aviator's Guild, at the airline's headquarters. 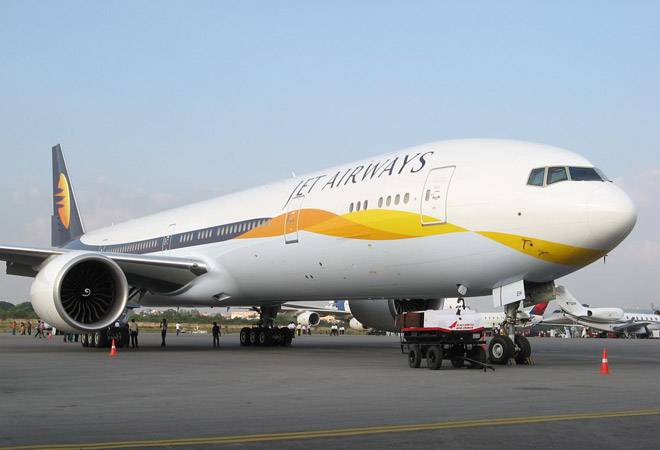 Jet Airways, which has partially paid August salaries to its pilots and engineers along with senior management, has assured the pilots of paying the balance amount by October 9, an airline source said on Friday.

The assurance came following a meeting between the Jet Airways management and its domestic pilots' union, National Aviator's Guild, at the airline's headquarter here.

The two side also decided to meet again next week to discuss the salary and other issues, the source said.

"Management has committed that 25 per cent balance amount of August salary will be paid on Tuesday," the source privy to the meeting told PTI.

On September 6, the airline had informed that its senior management, pilots and engineers will receive their salaries in two instalments till November.

The August salary was to be paid in two instalments - half by September 11 and the other half by September 26. Though the airline paid the first tranche on time, it could make only partial payment of the second instalment on the designated date and deferred the rest of the payment to October 9.

The source also said that the next meeting is scheduled for October 9, adding, "No other issues were discussed today due paucity of time."

The Naresh Goyal-controlled airline, in which Etihad Airways holds 24 per cent stake, has been going through financial turbulence for quite some time now, with two back-to-back quarterly losses driven by sky rocketing jet fuel price, nosediving rupee and inability to raise fares amid cut-throat competition, particularly in domestic market.

The airline is also struggling to raise the required capital to meet its various payment obligations, including salaries to over 16,000 employees.

The airline had Thursday received about Rs 258 crore from sale of advance tickets to its loyalty programme Jet Privilege.

"Etihad Airways confirms it proposed a financial restructuring and support plan for Jet Airways that was approved by its majority shareholder. This plan includes a USD 35 million cash pre-purchase payment to Jet Airways by Jet Privilege, which is majority owned by Etihad Airways," the gulf carrier said in a statement to PTI Friday.

JPPL is 50.1 per cent owned by Etihad Airways, while the rest 49.9 per cent is with Jet Airways.

Brace for flight cancellations, surge in airfare due to runway repair at Delhi, Mumbai airport