The Jet Airways Resolution Professional had moved the NCLT on September 20, seeking directions to the banks, who own 51 per cent in the airline since March, to release interim funds 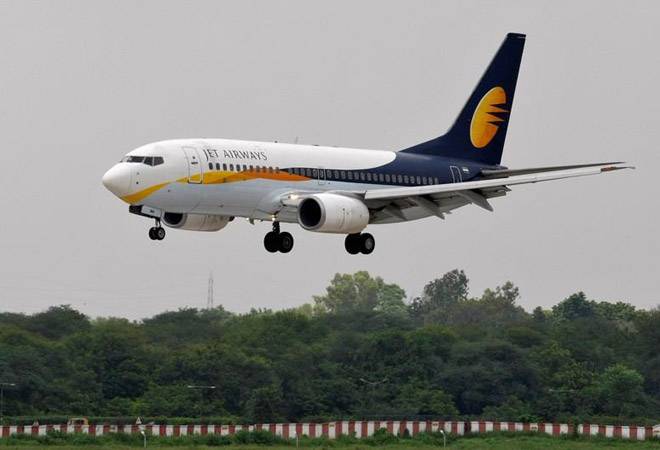 Jet Airways' hopes of getting its wings back may end up pinned on only one potential buyer.

The National Company Law Tribunal (NCLT) has asked the Jet Airways' lenders, including Yes Bank, Punjab National Bank, IDBI Bank, Bank of India, Indian Overseas Bank and Axis Bank, to release interim lifeline funds to the grounded airline in the next 15 days. The lenders had decided to sanction Rs 63 crore to airline Resolution Professional (RP) Ashish Chhauchharia. Only the State Bank of India had released its share of Rs 10 crore, while others are yet to disburse the funds.

The Jet Airways RP had moved the NCLT on September 20, seeking directions to the banks, who own 51 per cent in the airline, to release interim funds. The RP had said without the interim funding, the corporate insolvency resolution process could come to a halt, following which the lenders approved funds worth Rs 63 crore for the airline with no revenue and earnings. The NCLT had admitted the insolvency petition filed by the lenders' consortium led by State Bank against Jet Airways on June 20.

Meanwhile, Jet Airways' has its hopes pinned only one potential buyer to get its wings back. Of the three entities that had expressed interest, Synergy Group Corp, Treasury RA Partners and Avantulo Group, the last one was dropped from the final list of bidder companies as it failed to submit eligibility documents. Treasury RA Creator, a Russia-based international financial organisation, is likely to get disqualified as it did not provide enough information about itself to the RP nor did it deposit the mandatory amount required to seek access to the airline's data.

As per the requirement set by Jet Airways' creditors, an eligible bidder must have a net worth of Rs 1,000 crore. However, for financial investors, the eligibility limit is Rs 2,000 crore. The shortlisted final bidders have to submit their final resolution plan by October 14.

The airline stopped operations on April 17 after it ran out of funds and was admitted to the Insolvency and Bankruptcy Code (IBC) proceedings in June. It has over Rs 30,000 crore of dues which are claimed by a long list of financial and operational creditors. In July, this number stood at Rs 24,887 crore, out of which Rs 1,380 crore worth of dues were rejected by the resolution professional.