The NABARD says during the period, 1.60 lakh customers of the bank deposited or exchanged demonetised notes worth Rs 746 crore, which was only 15 per cent of the total deposits of the bank. 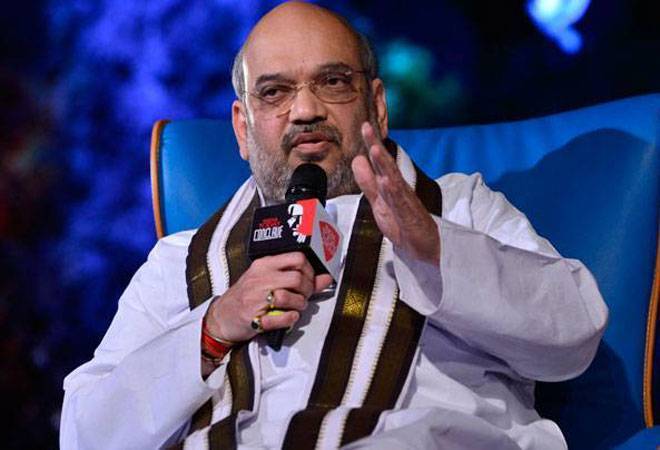 A day after reports emerged that the currency notes worth Rs 745.58 crore were deposited in Ahmedabad District Cooperative Bank (ADCB) in five days of demonetisation on November 8, 2016, the National Bank for Agriculture and Rural Development (NABARD) clarified that the average deposit amount in the ADCB was Rs 46,795 per account holder, which is lower than the average per depositor in 18 DCBs of the western state of Gujarat. BJP chief Amit Shah has been the director of the bank for the past several years. All district co-operative banks were banned from accepting demonetised currency notes after five days of demonetisation in 2016 due to fears of money laundering.

NABARD is the country's apex financing agency for institutions that promote rural development. The NABARD statement also added that during the period, 1.60 lakh customers of the bank deposited or exchanged demonetised notes worth Rs 746 crore, which was only 15 per cent of the total deposits of the bank.

Meanwhile, the Congress party on Friday demanded a probe into matter. "IMPORTANT - 19 months post 'Demonetisation', layers of 'Demo Scam', reaching the highest echolens of power, get unearthed!," Congress spokesperson Randeep Surjewala tweeted today morning. In another tweet this afternoon, he claimed that "notebandi" was an opportunity for "notebadli", or converting the scrapped currency notes into new notes, for "Amit Shah's Ahmedabad [District] Cooperative Bank". He added that "Old notes worth Rs 3118.51 Cr deposited in 5 days of DeMo in BJP controlled 11 District Co-op Banks in Guj! Rs 14293.71 Cr deposited in Co-op banks in BJP+ ruled states! Will it get investigated? #ShahZyadaKhaGaya."

In a subsequent statement, also put up on Twitter, Surjewala said that "19 months post 'Modi Made Disaster' of demonetisation, it is now officially clear that this entire exercise was the Biggest Scam in Independent India, indulged to convert its ill-gotten 'Black Money' into 'White'!" Citing an RTI query dated May 7, 2018, the statement added that, "Ahmedabad District Cooperative Bank (ADCB), whose directors include BJP's National President, Shri Amit Shah (who is also its past chairman) and his close associates, received the highest amount of old demonetized notes i.e. a whopping Rs 745.58 Cr in just 5 days", i.e. November 10-14, 2016.

Surjewala further alleged that ABCD's chairman "Ajay Patel is a prominent BJP leader" and close to Shah and that the bank  is "the only district co-operative bank out of 370" of them across the country "to receive such a large sum of demonetised notes" in the said period. "It is important to underline the fact that all the district cooperative banks were banned from accepting deposits of the banned currency notes from the public after November 14, 2016 - five days after demonetisation - on the pretext that 'Black Money' would be laundered through this route. But in the case of ADCB of which BJP President is a director, it was already 'transferred'!" read the statement.

The Bharatiya Janata Party (BJP), however, cited the NABARD statement to say the Ahmedabad DCCB was one of the biggest in the country and that it was not out of the ordinary for it to collect such an amount.

The Indo-Asian News Service (IANS) had first reported on the above-mentioned RTI query on Thursday, and claimed that Shah was the bank's chairman in 2000, and that he "continues to be a director with the bank and has been in that position for several years". The RTI information was reportedly sought by Mumbai-based activist Manoranjan S Roy and the response was given by S Saravanavel, the Chief General Manager and Appellate Authority of the National Bank for Agriculture & Rural Development (NABARD).

Surjewala's statement packs several more allegations. "Right behind ADCB and on the number #2 position is the Rajkot District Cooperative Bank, which received old notes worth a whopping Rs693.19 Cr," it said, adding, "Its chairman Shri Jayeshbhai Vitthalbhai Radadiya is a Cabinet Minister in BJP's Gujarat Govt. Another director is Shri Vitthalbhai Radadiya, father of Jayeshbhai. He is prominent BJP leader and an Ex-MP from Porbandar." Rajkot, incidentally, is also city from where Prime Minister Narendra Modi had contested his first assembly elections.

"The RTI also reveals the important national picture, which further establishes that the entire exercise of Demonetisation was meant to benefit a select group of BJP cronies," alleged Surjewala. "States ruled by BJP and its allies/supporters got the largest proportion of deposits in the District Co-Operative Banks i.e  Rs 14,293.71Cr out of Rs 22,270.80 Cr (64.18%), compared to non-BJP ruled states at the time of Demonetisation," he added.

Ironically, this development comes just one day after the BJP chief encouraged workers and supporters of his party's Delhi unit to expand reach on social media. Yet, Shah and the party have been mum on the Congress party's latest salvo so far, at least on Twitter.

Internet telephony for telcos: Why it is a futile move