Why Axis Bank's Shikha Sharma is looking to bow out?

Axis Bank's Shikha Sharma has had an illustrious career in banking, regardless of the rough patch that's hogging the headlines lately. Known for her calm and composed disposition, Sharma is not new to tough times. 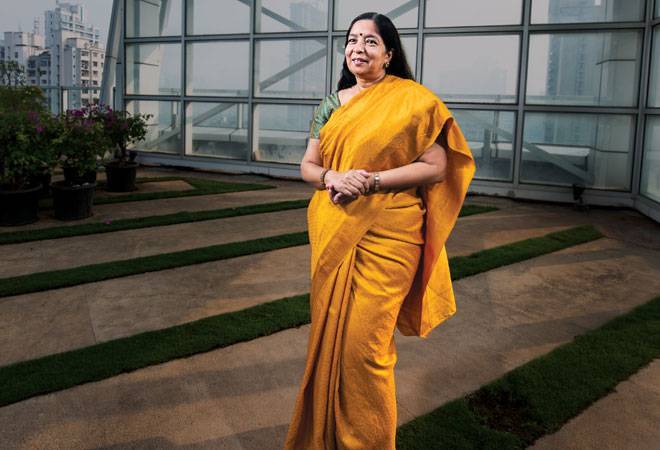 Axis Bank's Shikha Sharma has had an illustrious career in banking, regardless of the rough patch that's hogging the headlines lately. Known for her calm and composed disposition, Sharma is not new to tough times. Her entry into Axis Bank in May 2009 was nothing but dramatic.

Her first day in office was at the bank's 15th annual general meeting (AGM) in Ahmedabad. Axis Bank (erstwhile UTI Bank), the country's third largest private bank, was going through a turmoil of sorts as outgoing Chairman & CEO PJ Nayak pitched hard for an internal candidate to steer the bank instead of hoisting an outsider like Sharma.

When Sharma took charge of one of the biggest private lenders in the country after the global financial crisis, the news of global banks going belly-up hit the headlines every now and then.

Sharma, a self-confessed Shiva devotee, had told Business Today that she never missed fasting for Lord Shiva on Monday ever since she started her career. Sharma wanted to make banking simple for people in terms of product features, design and service delivery. "People have enough complexity in their life. We don't want banking to add to that complexity," Sharma had said.

With a balance sheet of Rs 6 lakh crore-plus, Axis Bank is the seventh largest bank in the country. Under Sharma's stewardship, Axis Bank concluded the acquisition of investment banking arm of Enam Securities for Rs 2,067 crore and the 'strategic' takeover of digital payments platform Freecharge for Rs 385 crore.

However, in the last 2 years, Axis bank has been in the news for all the wrong reasons. There was a spike in the bank's NPAs in the last few years. While it was partly because of the slowdown in the economy and key infrastructure sector not doing well, the bank saw a huge rise in its gross NPAs as compared to other banks. Axis Bank was the first to slip amongst the private bank, though other banks like ICICI Bank joined in later. The net NPAs were at 2.31 per cent in 2016-17. The gross divergence in NPAs were at 129.06 per cent in the same period.

Axis Bank was also in the eye of the storm soon after Prime Minister Narendra Modi's demonetisation move. Axis Bank officials at various branches across the country were arrested for allegedly converting old currency notes into new. The rot run deep, so much so that it had to hire KPMG to conduct a forensic audit for enhanced due diligence and building more safeguards.

With her chequered stint at Axis Bank, it seems that Sharma is now making a graceful exit. The former ICICI banker has requested the board to reconsider the period of her re-appointment as the MD & CEO for a period of seven months from June 01, 2018 to December 31, 2018. In July last year, the Axis Bank board had reappointed Sharma as CEO and MD for another three years until 2021. Sharma's third term would end on May 31.

Sharma began her career with the ICICI group in the early 80s and went on to set up insurance venture ICICI Prudential Life Insurance Ltd. Sharma was actually among the top two contenders at the ICICI Bank to succeed KV Kamath. But when the baton was passed to Chanda Kochhar, who is also in the eye of storm, Sharma left the ICICI Group to join Axis Bank.