The agency was questioning the stationery czar-turned-loan defaulter for the past three days. Kothari had taken several loans worth Rs 2,919 crore - with interest around Rs 3,695 crore - from a consortium of seven banks since 2008, but allegedly used the money for other business purposes, and defaulted on them. 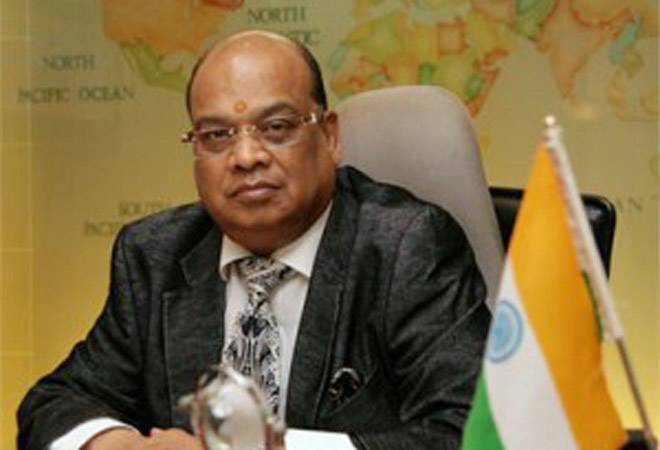 In a big breakthrough, the CBI on Thursday arrested Rotomac Pens owner Vikram Kothari, his son Rahul Kothari and two directors of the company for defrauding a consortium of banks of over Rs 3,695 crore, reports ANI. The agency was questioning the stationery czar-turned-loan defaulter for the past three days. Kothari had taken several loans worth Rs 2,919 crore - with interest around Rs 3,695 crore - from a consortium of seven banks since 2008, but allegedly used the money for other business purposes, and defaulted on them.

Apart from his son, the role of his wife Sadhna Kothari, and his company directors, is also under scanner, as they allegedly hid information about his fake companies from the banks. Besides conducting raids at his facilities across UP, the ED had informed all the authorities concerned to make sure he didn't flee from the country like billionaire Nirav Modi would defrauded the PNB of around Rs 11,400 crore.

CBI arrests #VikramKothari and his son, both Directors of M/s. #Rotomac Global Pvt Ltd, Kanpur (UP), in an on-going investigation of a case on allegations of cheating a consortium of 7 banks. pic.twitter.com/dePyv1gyPU

Nirav Modi's PNB scam was apparently a trigger point for one of the seven consortium members (Bank of Baroda) to come forward with a request to the CBI to lodge an FIR against Kothari, who they feared might flee the country like many other billionaires, including Nirav Modi and Vijay Mallya. The central investigation agency registered a case against Vikrant Kothari after BoB's deputy general manager Brijesh Kumar Singh approached it on February 18.

The BoB, the CBI courses believe, might have panicked over the fact that he could use his money power to get away from the country, which is why they requested the CBI to seize the passports of Kothari and his family members. The BoB's inquiry into Kothari had earlier revealed he was using the loan for various purposes instead of buying wheat from overseas. The report adds the BoB complaint to the CBI states Kothari's bank "account is of high value in this fraud case, we apprehend that directors/guarantors of the company may try to escape from the country to skip from legal/criminal proceedings."

As per the complaint, BoB, after its probe, knew that his suppliers abroad never existed. "Our representative from Hong Kong Branch visited the address given by the company for M/S Gulf Distribution Ltd and found that the company is maintaining a virtual office and any physical office...was not present at the address," the complaint says.

The inquiry reveals Vikram Kothari used different methods to seek loan from these banks. As per the allegations, in a clear violation of Fema (Foreign Exchange Management Act) Rules, he used loans availed for export to help his Kanpur-based company. He allegedly created many fake companies by furnishing forged documents to seek loans from these banks.

Kothari had availed Rs 485-crore loan from Mumbai-based Union Bank of India and Rs 352-crore loan from Kolkata-based Allahabad Bank. A year later, he didn't pay either the interest or the loan. Last year, BoB, after declared him a wilful defaulter for the loan default, and he moved the Allahabad high court seeking removal of its name. The court declared he was "wrongly declared a wilful defaulter by BoB despite having offered assets worth over Rs 300 crore since the date of default".

Banks should not treat us like thugs, says gems & jewellery trade body