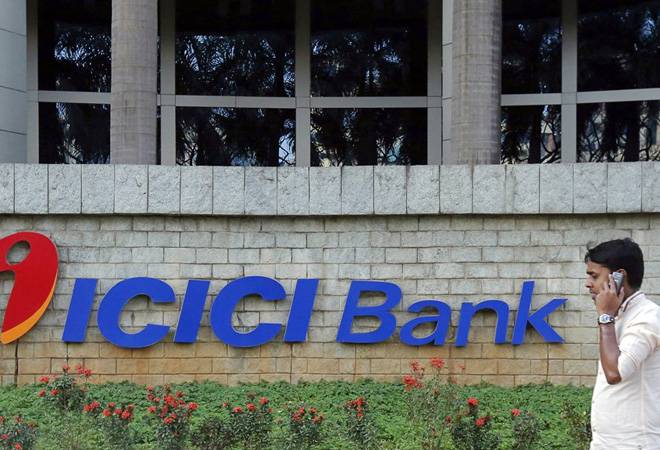 ICICI Bank has been in the eye of the storm for lending Rs 3,250 crore to debt-ridden Videocon Group.  In the aftermath of allegations levelled by ICICI Bank shareholder Arvind Gupta, the bank came out with a statement asserting its 'full faith' in the conduct of current CEO and MD Chanda Kochhar.

Putting its weight behind the celebrated CEO Chanda Kochhar, the ICICI Bank in a statement on Wednesday said larger exposures were approved by the Credit Committee of the Board. It added that the Chairman of the Credit committee till as late as June 2015 was always a non-executive director.

Defending Kochhar, ICICI Bank Chairman MK Sharma said the board does not see this as a conflict of interest in any manner since Videocon Group is not an investor in NuPower renewables, so there was no need to recuse herself from this committee.

Earlier, the board had said there are adequate checks and balances in loan appraisal, rating and approval processes within the bank.

Kundapur Vaman Kamath is not an unfamiliar name in corporate India. In his long career, he has donned many roles. But among the most important was his stint at the helm of ICICI Bank as the Chief Executive Officer and Managing Director from May 2002 to April 2009. The former IIM- Ahmedabad alumni is credited for technological transformation at ICICI, and advancing its insurance and asset management segments. Over the years, Kamnath held top positions in many ICICI units including ICICI Prudential, ICICI Securities, ICICI Personal Financial and ICICI Lombard.

But it's not just ICICI. Kamnath was in the India's IT giant Infosys' core team between October 2014 and June 2015 as non-executive chairman, before he stepped down to take up the position of President at the BRICS' New Development Bank. Among many recognitions, he was also conferred with the Padma Bhushan, one of India's highest civilian honours, in 2008.

Widely recognized for her role in shaping the retail banking sector in India and for her leadership, Chanda Kochhar has been the Managing Director & CEO of ICICI Bank Limited since 2009. Kochhar who joined ICICI Limited in 1984 was instrumental in establishing the bank for the giant it is today. For her contribution, Kochhar was elevated to the Board of Directors of ICICI Bank in 2001.

In 2015, she was named one of the '100 Most Influential People in the World' by TIME magazine. Kochhar was conferred with the Padma Bhushan, one of India's highest civilian honours in 2011.

One of the members of the credit committee when Venugopal Dhoot-led Videocon Group was given a credit of Rs 3,250 crore by the ICICI Bank was Homi Rustam Khusrokhan. Khusrokhan serves as a Senior Advisor at Tata Capital Private Equity. He has also served as a Special Advisor to the Board of Satyam Computer Services Limited since February 5, 2009.

Madras Seshamani Ramachandran, another name in the creditors' committee list, spent most part of his career with Indian Oil. In fact, he was the IOC Chairman from April 2002 to February 2005. Following the chairmanship at IOC, he also held top positions at Chennai Petroleum, IBP, Indian Oil Tanking, Cals Refineries Bongaigaon Refinery & Petrochemicals. Even though his expertise lay in oil and gas, Ramachandran found himself in the banking business due to his association with ICICI. From 2009 to 2017, he served as independent non-executive director at ICICI Bank. The former mechanical engineer was also an independent director at ICICI Prudential Life from June 2016. Notably, much before his association with ICICI, Ramachandran served as the Chief of the Oil Coordination Committee the de-facto Regulatory Body under the Ministry of Petroleum and Natural Gas during 1998 to 2000.