Chanda Kochhar had proceeded on leave after this enquiry was announced, and she resigned from the bank in the month of October 2018. 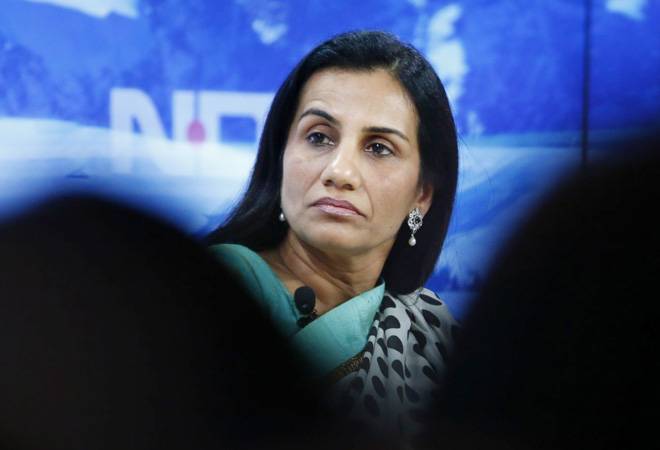 After the FIR filed the Central Bureau of Investigation (CBI) in the Videocon loan sanctioning case, ICICI Bank's former MD and CEO Chanda Kochar has now received another jolt. The inquiry committee under former Supreme Court Judge BN Srikrishna, appointed by the internal audit committee of ICICI Bank, has found Chanda Kochar was in violation of the bank's code of conduct and that she acted in "conflict of interest". Chanda Kochhar, however, has said that she is "utterly disappointed, shocked and hurt" over the board's decision and the findings of the Justice (retd) Srikrishna report.

The findings of the report made public after ICICI Bank board's meeting on January 30 said: "...her lack of diligence with respect to annual disclosures as required by the Bank in terms of its internal policies, the ICICI Bank Code of Conduct and applicable Indian laws, rules and regulations on her interests (direct or indirect) towards avoidance of conflict of interest, when considered that the Bank's processes were dependent solely on the directors discharging their fiduciary duty to recuse themselves and avoid conflict, implies that the Bank's processes were rendered ineffective by her approach to such disclosures and avoidance of conflict."

However, the bank in its press release has clarified there is no implication of this report on its financial statements or accounts. Chanda Kochhar had proceeded on leave after this enquiry was announced, and she resigned from the bank in the month of October 2018.

After receiving the Justice Srikrishna report, the Board of Directors of ICICI bank said that it has "decided to treat the separation of Chanda Kochhar from the bank as a 'Termination for Cause' under the bank's internal policies, which will result into revocation of all her existing and future entitlements such as any unpaid amounts, unpaid bonuses or increments, unvested and vested and unexercised stock options, and medical benefits, and require the clawback of all bonuses paid from April 2009 until March 2018, and to take such further actions as may be warranted in the matter."

Meanwhile, Chanda Kochhar has issued a statement, saying she has been "utterly disappointed, hurt and shocked by the decision" of the ICICI Bank board. "I have not been given a copy of the report.  I reiterate that none of the credit decisions at the bank are unilateral. ICICI is an institution with established robust processes and systems which involve committee based collective decision making with several professionals of high caliber participating in the decision making. Hence the organisation design and structure obviate the possibility of conflict of interest."

She said during her 34 years of career with ICICI Bank, she never shied away from taking tough decisions for the bank's best interest. "This decision from the bank has caused me immense hurt and pain," she said.

On January 22, the CBI had filed an FIR against Chanda Kochhar, her husband Deepak Kochhar, and Videocon Chairman Venugopal Dhoot on the basis of a year-long preliminary enquiry. The probe revealed Chanda and the former ICICI Bank directors, including current CEO Sandeep Bakhshi, were a part of the panel that sanctioned loans amounting to Rs 1,575 crore to Dhoot-led Videocon Group.

This also led to a wrongful gain to borrowers and the accused, says the FIR, justifying the need to investigate the role of these committee members. The CBI had also conducted raids at the establishments of Videocon group and nuPower after the FIR was registered.