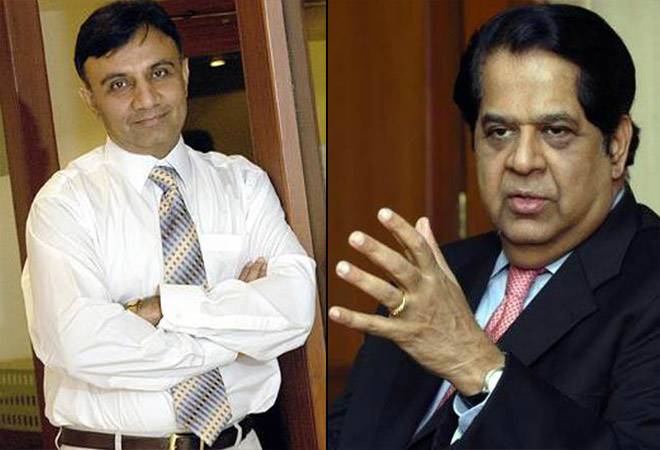 In what could have far-reaching consequences for ICICI Bank, Standard Chartered Bank as well as the New Development Bank of BRICS countries, the preliminary probe by CBI in the Chanda-Kochhar-Videocon alleged fraud case has asked for a probe into the role of their current CEOs-Sandeep Bakhshi, Zarin Daruwala and KV Kamath-as they were part of the ICICI committees that sanctioned the loans to the Videocon group. ICICI gave loans worth Rs 3,250 crore to the Videocon group. On January 22, the CBI filed a first information report on the basis of the preliminary probe report.

"These loans have turned NPA resulting in wrongful loss to ICICI Bank and wrongful gain to the borrowers and accused persons. The role of these senior officers of the sanctioning committee may also be investigated," the FIR says. The FIR, registered by Bank Securities and Fraud Cell of the CBI, also calls for an investigation into roles of other former directors and top bank officials including K Ramkumar, Sonjoy Chatterjee, NS Kannan, Rajeev Sabharwal and Homi Khusrokhan.

The probe agency filed the FIR on January 22 on the basis of a year-long preliminary probe against Chanda Kochhar, her husband Deepak Kochhar and Videocon group Chairman Venugopal Dhoot . The probe revealed Chanda and the former ICICI Bank directors, including Bakhshi, were a part of the panel that sanctioned loans amounting to Rs 1,575 crore to Dhoot-led Videocon Group. This also led to a wrongful gain to borrowers and the accused, says the FIR, justifying the need to investigate the role of these committee members.

From June 2009 to October 2011, ICICI Bank sanctioned six high-value loans to different Videocon Group companies. According to the CBI, Chanda Kochhar got "illegal gratification" as the Videocon International Electronics Limited (VIEL) and Videocon Industries were given loans worth Rs 1,050 crore by the Kochhar-led bank panel.

The probe report says that just a day after a loan worth Rs 300 crore was disbursed to VIEL on August 7,  2009 ,Venugopal Dhoot transferred Rs 64 crore to Nupower Renewable limited (NRL) through Supreme Energy Private Limited (SEPL), both managed by her husband Deepak Kochhar. This shows Chanda Kochhar may have benefitted from sanctioning of the loan to the Videocon company, the report says. Making another important point, the report says the original directors of Nupower included Deepak Kochhar, VN Dhoot and Saurabh Dhoot when it was incorporated on December 24, 2008, just a few months before the transaction happened. After a few days January 15, 2009, Dhoots resigned as directors from the company and sold over 19 lakh shares to Deepak Kochhar at Rs 10 apiece on an initial payment of Re 1.

Within five months, the shares held by Dhoot and Deepak were transferred to SEPL, which automatically became 95% owner of NRL.

Interestingly, SEPL was also incorporated with Dhoot as its Director on March 7, 2008, and subsequently it was transferred to Pinnacle Public Trust, which was managed by Deepak Kochar. The report says a series of loans were sanctioned by various committees of ICICI Bank to the Videocon Group companies, including Millennium Appliances Limited on June 30, 2009, Sky Appliances on November 17, 2010, Techno Electronics Ltd on November 17, 2010, Applicomp India Ltd on June 30, 2011 , and Videocon Industries Ltd on October 31, 2011. It says the loans sanctioned to Sky Appliances, Techno Electronics and Applicomp India enabled them to repay the unsecured loan taken by them from VIL.

The report says that in April 2012, the existing outstanding loans of the Videocon Group companies were adjusted in rupee term loan of Rs 1,730 crore, which also turned into an NPA. The CBI claims the whole business of sanctioning loans was in violation of the credit policy of the ICICI Bank.

The CBI's probe report stands in contrast to ICICI Bank's claim when the allegations were levelled against Chanda Kochhar in March 2018. The bank had defended its credit policy saying no individual employee, whatever may be his or her position, has the ability to influence the credit decision. The bank has not issued any statement after the CBI FIR in the case.