The instant loan apps offer loans to individuals and levy exorbitant interest rates and processing charges. These could range from 2-3 per cent per month, adding up to an average of 24-36 per cent a year 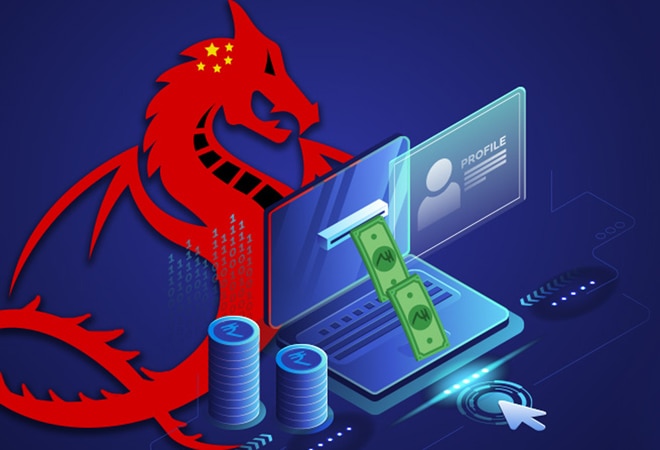 The growing threat of these fly-by-night loan apps has thrown up newer challenges for banks, RBI, and NBFCs alike

Instant loan apps offer quick and easy loans with no collateral, but many such apps operate without any regulatory supervision. In fact, some of these apps have been found to be run by Chinese nationals, dealing in transactions worth crores.

The latest arrest in such a case was made by Rachakonda police in Telangana on January 13. It apprehended a 26-year-old Chinese national, identified as He. Jian, alias Mark, a native of the Jiangxi province of China. He was arrested in Mumbai. The police also arrested an Indian, Vivek Kumar, in connection with the case.

Jian came to India in August 2019 on a business visa and joined as a delegate on behalf of Chinese nationals Xu Nan, Xu Xinchang and Zhao Qiao, who are directors of several microfinance companies.

These Chinese nationals were running call centres in Pune and Thane, Maharashtra. Meanwhile, the Rachakonda police have also confiscated Rs 30 crore kept in the bank account of the above-mentioned companies.

Mahesh Bhagwat, the police commissioner of Rachakonda zone said that they have officially written to Google Play Store to remove these apps and have approached the Ministry of Information Technology through official channels against these applications. He added that his department has also shared FIRs with the Enforcement Directorate and has taken up the matter with the RBI.

Police also apprehended Kurnool resident K Nagarjun in connection with the case and disclosed that another Chinese national by the name of Yuan Yuan aka Sissi aka Jennifer is the one who set up operations in India and is currently abroad.

The Hyderabad police alone have registered around 27 cases. It said its preliminary probe into the financial transactions revealed that approximately 1.4 crore transactions worth around Rs 21,000 crore have taken place so far.

Police in Telangana's Cyberabad had on December 25 busted an online instant loan scam being run by another Chinese national. Identified as Zixia Zhang, the man had launched 11 instant loan apps by several names. These apps offered short period loans with excessive charges and interest rates. In case the borrower failed to pay back the loan on time, the call centres, set up by Zhang across the country, pestered the customer with threats, abuses, and even fake legal notices to family and friends.

Meanwhile, the Reserve Bank of India (RBI) has set up a committee to propose ways to regulate the booming digital lending space. A 6-member working group has been formed to study digital lending in the regulated as well as unregulated financial sector to devise a regulatory framework for the same.

The growing threat of these fly-by-night loan apps has thrown up newer challenges for banks, RBI, and NBFCs alike. These tech-savvy companies, seen as gap fillers in credit markets, masquerade as lenders resorting to shoddy lending practices, and offering unsecured loans to urban/rural poor, gig workers, small shopkeepers and traders, as well as people with low credit scores, or without credit history.

The Reserve Bank of India (RBI) had in June last year said that banks and non-bank financiers, regardless of whether they lend through their own digital platform or via an outsourced entity, must abide by fair practices guidelines with real intent.

Several of these fintech apps bypass the law by opening current accounts with banks without the NBFCs' involvement. Since the entire loan disbursement and collection process happens via these accounts, these apps sidestep regulations, comprising KYC (know your customer). They also don't report to credit bureaus.

The instant loan apps offer loans to individuals and levy exorbitant interest rates and processing charges. These could range from 2-3 per cent per month, adding up to an average of 24-36 per cent a year.

RBI sets up panel to suggest regulations on digital lending