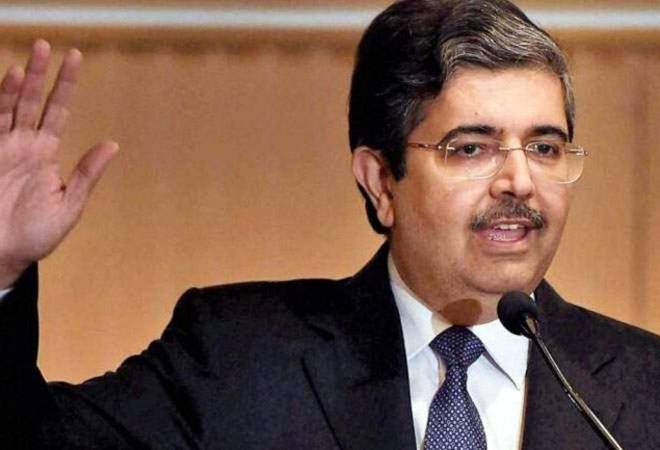 Under the agreement, Uday Kotak had reached with the RBI this January, he has time till August 17, 2020 to pare the promoters/promoter group stake which currently is at 28.93 per cent

Kotak Mahindra Bank Ltd.'s promoter Uday Kotak will reduce his personal shareholding in the bank by around 2.9% by offloading 5.6 crore or 56 million shares for nearly Rs 6,800 crore to comply with the Reserve Bank of India's (RBI) norms.

The billionaire banker had a standoff with the apex bank over his surplus personal shareholding in Kotak Mahindra Bank. Kotak had dragged the RBI to the Bombay High Court in December 2018 over the issue.

Uday Kotak will sell the shares through private placement by way of a block deal on Tuesday, a source told PTI.

"Uday Suresh Kotak will sell 56 million equity shares, or 2.83 per cent of equity of bank through the block deal. After the dilution, his personal holding will come down to 26.1 per cent from 28.93 percent now," as per the term sheet.

Under the agreement, Kotak had reached with the RBI this January, he has time till August 17, 2020 to pare the promoters/promoter group stake which currently is at 28.93 per cent.

At the upper end, the offer price is at a discount of 0.7 per cent to Monday's closing price of Kotak Mahindra Bank shares on the NSE. When compared with the lower end, the discount is 2.7 per cent, the document added.

Through the just-concluded qualified institutional placement (QIP) issue worth Rs 7,000 crore, promoter holding in the bank came down by a tad over 1 per cent from 29.8 per cent.

The source clarified that the QIP was not meant for stake dilution though.

According to the term-sheet, the deal would be a 100 per cent secondary placement through the accelerated book-building route.

Kotak, the richest banker in Asia, is the managing director of Kotak Mahindra Bank.

Uday Kotak has appointed Morgan Stanley, Goldman Sachs, and Kotak Securities as advisors to the deal, according to the term sheet.

"The objective of the share sale is to assist the bank in its progress towards compliance with the RBI requirement of reducing the promoter's holding in the bank to 26 per cent of the bank's paid-up equity share capital by August 17, 2020," the term sheet said.

On January 30 2020, the bank said the RBI had agreed to its proposal to reduce promoters' stake to 26 per cent from then 29.9 percent over the next six months, which is June. It also said promoters' voting rights would be capped at 20 per cent of the paid-up voting share capital until March 31, 2020 and would be further capped at 15 per cent effective April 1, 2020.

The bank also said that as part of its settlement with the RBI, the promoters would not purchase any more paid-up voting equity shares until their shareholding reached 15 per cent.

Following this agreement, the bank withdrew its writ petition from the Bombay High Court. On February 18, the RBI granted final approval to the settlement between both parties.