YES Bank news: The RBI has asked YES Bank customers not to panic as it will devise and implement a solution within 30 days 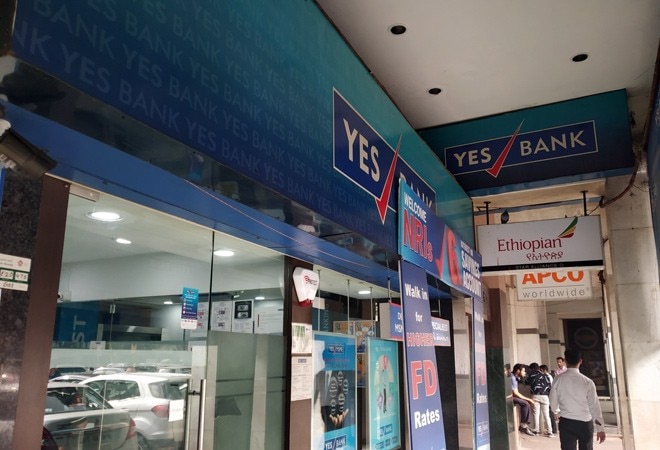 It was not a pretty sight when operational restrictions were placed on Punjab and Maharashtra Cooperative Bank. Narrow withdrawal limits spoiled Diwali celebrations last year for many PMC Bank depositors. Holi is around the corner, and Reserve Bank of India has capped withdrawals for YES Bank depositors to Rs 50,000. And RBI's assurance that action against YES Bank is meant to safeguard depositors' interest, might not be enough to keep them from worrying.

On Thursday evening, the RBI imposed a moratorium on YES Bank, superseded its board, and imposed a withdrawal limit of Rs 50,000. The central bank said it was "satisfied that in order to protect the interest of the depositors and in public interest, it is necessary to issue certain directions to YES Bank". However, customers are bound to be affected directly.

Currently, there's not much YES Bank customers can do beyond withdrawing up to Rs 50,000 from the bank and waiting for RBI's next announcement.

The moratorium on YES Bank will be in place from March 5 to April 3, or a period of 30 days. The withdrawal limit for depositors may remain in effect for this period unless the RBI releases another notification.

The RBI has asked YES Bank depositors not to panic and said a reconstruction plan for the bank will be drawn up in the next few days.

"The Reserve Bank assures the depositors of the bank that their interest will be fully protected and there is no need to panic. In terms of the provisions of the Banking Regulation Act, the Reserve Bank will explore and draw up a scheme in the next few days for the bank's reconstruction or amalgamation and with the approval of the Central Government, put the same in place well before the period of moratorium of thirty days ends," the apex bank said.

In other words, the RBI will assess YES Bank's books and asset quality to decide a plan of action, which might include merger or takeover by another entity, and implement this roadmap within the period of moratorium (30 days), "so that the depositors are not put to hardship for a long period of time".

In case of PMC Bank, the withdrawal limit was increased was increased from the starting limit of Rs 1,000 to Rs 1 lakh. It remains to be seen if the same is done in case of YES Bank too.