India had imported 19.61MT of coal in July 2019, according to a provisional compilation, by mjunction services limited, based on monitoring of vessels' positions and data received from shipping companies 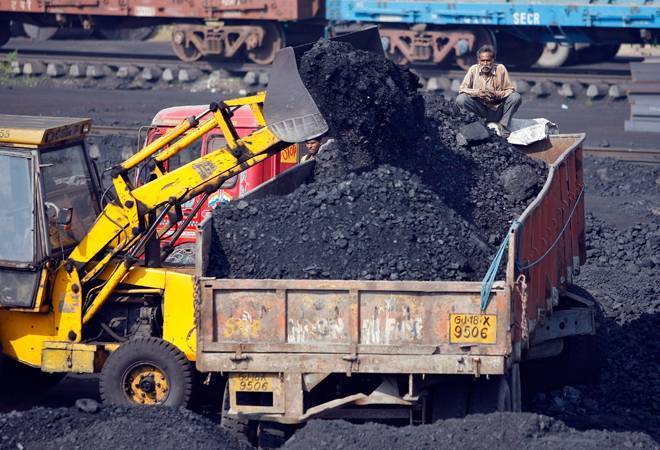 India's coal import fell 43.2 percent to 11.13 million tonnes (MT) in July this year on account of high stockpile of the dry fuel at pitheads, plants and ports.

The country had imported 19.61MT of coal in July 2019, according to a provisional compilation, by mjunction services limited, based on monitoring of vessels' positions and data received from shipping companies.

Mjunction -- a joint venture between Tata Steel and SAIL -- is a B2B e-commerce company that also publishes research reports on coal and steel verticals.

Commenting on the current trend in coal imports, mjunction managing director and chief executive Vinaya Varma said, "Import demand continued to be weak amidst high stockpile of coal at pitheads, plants and ports. The market participants seem to have adopted a wait and watch approach and are currently looking for a direction. We do not expect to see any significant variation in volumes in the short-term."

During April-July 2020, non-coking coal imports stood at 38.84MT as compared to 60.97MT imported in the corresponding period last year.

"Coking coal imports were at 10.67MT during April-July, down from 17.73MT imported during the same period last year," mjunction services said.

The government had earlier mandated state-owned Coal India, which accounts for over 80 per cent of domestic coal output, to replace at least 100MT of imports with domestically-produced coal in 2020-21.

CIL had last month said that coal production in some of the major mines is still affected due to high stock and less offtake.

The mahratna firm had said that the despatch of coal was adversely affected in the last week of March resulting into mounting coal stock at pithead.

The Centre had earlier asked power generating companies, including NTPC, Tata Power and Reliance Power, to reduce import of the dry fuel for blending purposes and replace it with domestic coal.

The power sector is a key coal consumer.

Coal Minister Pralhad Joshi had earlier written to state chief ministers asking them not to import coal and take domestic supply from CIL, which has the fuel in abundance.

Russia set to register world's first coronavirus vaccine on August 12; all you need to know