Fuel prices have been rising steadily since February 9. In the 14 increases since then, petrol and diesel rates have gone up by Rs 4.88 per litre and diesel by Rs 4.81 per litre in Delhi 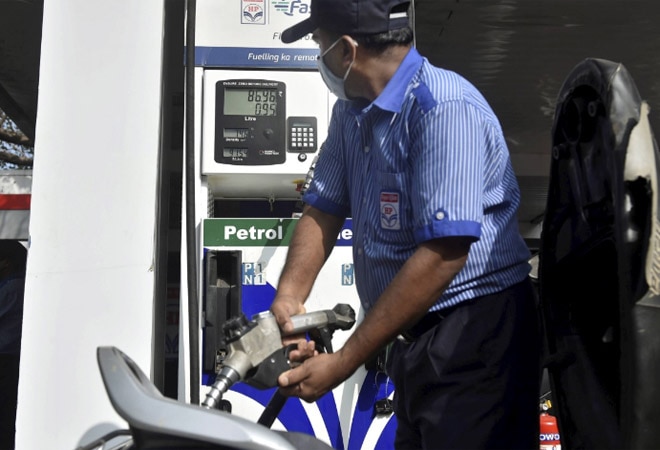 Petrol and diesel prices yet again shot up across India on Saturday, February 27, after a gap of three days. In Delhi, petrol has increased by 24 paise following which its rate has climbed to Rs 91.17 per litre. On the other hand, the cost of one litre of diesel has risen by 15 paise, taking the latest price of the fuel to Rs 81.47 per litre.

Fuel prices have been rising steadily since February 9. In the 14 increases since then, petrol and diesel rates have gone up by Rs 4.88 per litre and diesel by Rs 4.81 per litre in Delhi.

In Mumbai, petrol rates are closing in on Rs 100 per litre. Currently, one litre of petrol costs Rs 97.57 per litre in the financial capital. Besides, in Jaipur also, petrol has surged to Rs 97.40 per litre.

The increase follows a spurt in oil prices in the international market, which India is dependent on to meet 85 per cent of its crude oil needs. Brent oil crossed $66 a barrel on Tuesday as US output was slow to return after a deep freeze in Texas shut production last week. On Friday,  Brent crude futures for April fell 75 cents in the session, or 1.1 per cent, but settled at $66.13 a barrel.

Petrol prices have already surged past Rs 100 in some places in Rajasthan and Madhya Pradesh. Retail pump prices differ from state to state depending on local taxes (VAT) and freight.

The Modi government raised taxes on fuel to scoop out the benefits that arose from international oil rates plunging to a two-decade low in April/May last year. While global rates have rebounded with a pick-up in demand, the government has not restored the taxes, which are at a record high.

Central and state taxes make up 60 per cent of the retail selling price of petrol and over 54 per cent of diesel.

Union Finance Minister Nirmala Sitharaman and RBI Governor Shaktikanta Das recently said that the Centre and states should talk to each other and look for a "coordinated action" over reducing taxes on diesel and petrol.

When asked if the Centre is mulling to reduce cess or other taxes on fuel to give some respite to consumers from high prices of diesel and petrol, FM Sitharaman said the question put her in "dharm-sankat" (dilemma).

"No hiding of the fact that the Centre gets revenue from it. The same is the case with states. I agree that there should be less burden on consumers. For that, both the Centre and states should talk to each other," the finance minister told reporters.