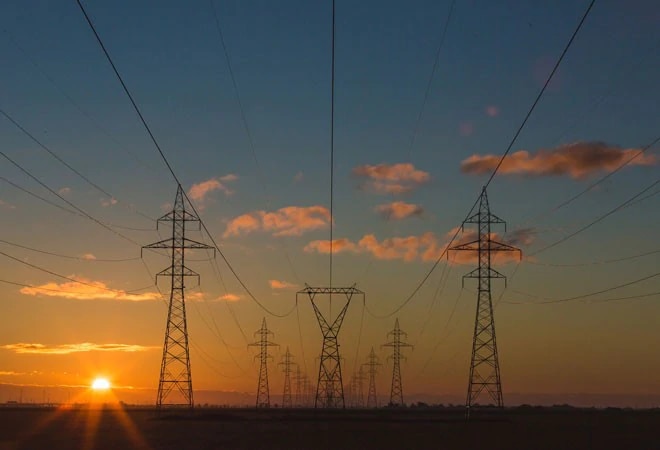 The power minister stated that the country has been transformed from a Power Deficit to Power Surplus Nation as at present the total installed capacity in country is 3.77 lakh MW as compared to Peak Demand of 1.89 lakh MW

Average rural power supply duration increased from 12.5 hours in 2014-15 to 18.5 hours in 2019-20, Power Minister R K Singh has said. The minster was addressing the Power Ministry Parliamentary Consultative Committee in a meeting on Wednesday, a statement said.

"R.K Singh, Minister of State (Independent charge), Ministry of Power has informed that the average rural power supply duration has increased from 12.5 hours in 2014-15 to 18.5 hours in 2019-20," it said. He mentioned that the 100 per cent village electrification has been achieved 13 days before target while 100 per cent household electrification has been achieved under Saubhagya scheme.

He also informed about the steps taken by the ministry for the empowerment of consumers. The Electricity (Rights of Consumers) Rules were rolled out by Power Ministry in December, 2020, with emphasis that power system exists to serve consumers with mandated service standards and mandatory round the clock call center.

The power minister stated that the country has been transformed from a Power Deficit to Power Surplus Nation as at present the total installed capacity in country is 3.77 lakh MW as compared to Peak Demand of 1.89 lakh MW. "We have achieved the target of One Nation-One Grid- One Frequency with the addition of Transmission Lines of 1.42 lakh ckm (circuit km) and Transformation Capacity of 437 MVA in FY 15-20", he informed.

He provided details of the steps taken by the government for reliable, quality and sustainable power supply like flexibility in coal utilization amongst the generation stations leading to savings of Rs.1,447 Cr/ year in NTPC Ltd, introduction of new products in power exchange( Real Time Market and Green Term Ahead Market) and Payment Security through letter of credit mechanism to tackle the issue of outstanding dues of power generation companies.

Singh explained the provisions on distribution competition in Proposed Electricity(Amendment) Bill, 2021. Under the 2021 bill multiple distribution companies will be allowed to operate in the area of supply. The consumers may choose any distribution company. It will lead to improved services, responsiveness, service innovation and enhanced billing and collection efficiency.

The Minister informed that as regards the promotion of renewable energy, efforts are on towards working for renewable energy target of 175 GW by 2022 under Paris Climate Agreement. Various steps have been taken to promote green and renewable energy such as waiver of ISTS Charges for Solar and Wind and competitive bidding guidelines for procurements of Wind, Solar, Hybrid, Round The Clock(RTC) power. Stalled hydropower projects of 3470 MW have been revived.

Central Public Sector Enterprises (CPSEs) have been involved for small hydro construction. The MPs made suggestions about improvement in regulatory mechanism, strengthening of power infrastructure in states, conducting survey to analyse increase in power demand in the coming 10-15 years for the Power Generating states etc, it stated.