India's unemployment rate continues to remain very high at over 24 per cent during the coronavirus-led lockdown, says CMIE 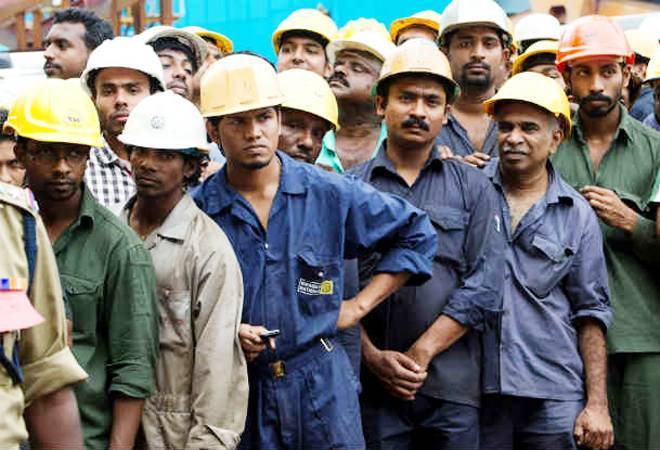 Labour participation rate during the fourth week of May was 38.7 per cent

Coronavirus crisis has led to a spike in India's unemployment rate to 24.3 per cent in the week ended May 24 compared to 24 per cent in the preceding week, as per the latest data released by the think-tank Centre for Monitoring Indian Economy (CMIE). It was also higher than the average unemployment rate of 24.2 per cent reported in the past 8 weeks - the weeks of nationwide lockdown to contain the spread of coronavirus.

"While the unemployment rate has been reasonably stable around 24 per cent during the lockdown, the labour participation rate trend seems to tell a story of some interesting changes in the labour markets," Mahesh Vyas, Managing Director and CEO, CMIE, wrote in an article on Tuesday.

The country's unemployment rate has risen from under 7 per cent before the start of the pandemic in mid-March to 23.5 per cent in April, while it continued to remain high at around 24 per cent in May.

Meanwhile, the labour participation rate, which had fallen by 6.3 per cent from 41.9 per cent in March to 35.6 per cent in April, seems to be improving marginally in May. It has been rising steadily week-after-week during this month and reached 38.8 per cent as of the week ended May 17, indicating a recovery of nearly half the lost ground in April.

"The small fall in the latest week does not take away this evidently rising trend. So, it seems that a fairly large chunk of labour that had technically left the labour markets in April is returning back," the report noted.

The weekly estimates of May suggest that there is a migration of labour from the 'willing but not looking for jobs' category to the 'willing and looking for jobs category'. The discouraged workers seem to be coming back to look for jobs, which is good news, CMIE said. The weekly data also indicates that this influx into the labour markets is succeeding in finding jobs.

India's GDP to contract 6.8% in FY21 due to coronavirus lockdown: SBI report