With the government yet to announce clear guidelines regarding its plans to eliminate consumption of single-use plastic by 2022, the Rs 4 lakh crore plastic industry is seeing a spate of business closures on account of uncertainty 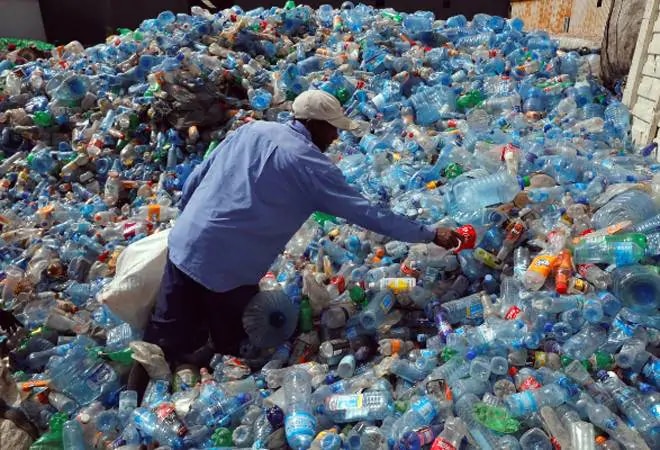 The Modi government's aim to limit the consumption of single-use plastic, and eventually eliminate it all together by 2022, without issuing clear guidelines on the matter has the plastic industry confused about their future course of action. According to Plastindia Foundation President Jigish Doshi, the government is yet to come out with a definition of single-use plastic and any move to ban the practice without such clarity would negatively impact the industry.

Apart from massive job loss - the Rs 4 lakh crore industry provides direct employment to around 1 crore people, and 10 times more indirectly - he expects a revenue loss of Rs 30,000-40,000 crore on account of the uncertainty. Plastindia Foundation is the apex body of major associations, organisations and institutions connected with plastics in the country.

"The industry urgently requires clear guidelines on what the short and long-term plan for single-use plastic is," Jayesh Rambhia, co-chairman, environment committee, All India Plastic Manufacturers Association, told The Economic Times, adding that the uncertainty "has led to the closure of about 10,000 units and the plastic industry is staring at job losses of 4.5 lakh people ahead of the Diwali season".

This despite the Centre shelving plans of an outright ban on six items - single-use plastic bags, small bottles, cups, plates, straws and certain types of sachets - from October 2. The proposal had dismayed consumer firms, which use plastic in packaging for everything from sodas and biscuits to ketchup and shampoo. The Confederation of Indian Industry told Reuters that the move had become an existential issue for several economic sectors in absence of viable alternatives. The body further pointed out that small-sized plastic bottles used for pharmaceutical or health products should be exempted from the proposal as there is no alternate available. Similarly, sachets made from so-called multi-layered packaging should not be banned, as that could disrupt supplies of products like salt and milk.

According to Rambhia, although the Centre directed states to take action on this front, different policies across states are fragmenting the Indian market. "Right now, there's uncertainty and fear at ground level and if there's a sweeping ban on single-use plastic without alternatives, the economy could come to a grinding halt," he added.

India uses about 14 million tonnes of plastic annually, but the absence of an organised system for management of plastic waste has led to widespread littering. Industry insiders say that proper waste segregation and management could resolve the problem to a large extent, as in many developed countries. "Single-use plastic is part of every industry. Clear guidelines on what is not acceptable and stepping up infrastructure for recycling are the only solutions," Bisleri International chairman Ramesh Chauhan told the daily.

So far, 18 states have banned plastic bags, and many others including Maharashtra, Tamil Nadu and Madhya Pradesh have also banned single-use plastic products such as cutlery, plates, cups and straws.

Kashi Nath Jha, joint secretary, Department of Chemicals and Petrochemicals in the Ministry of Chemicals and Fertilisers said earlier this month that the government has constituted a committee to bring clarity on the issue of single use plastic, and the draft report has been submitted. "We are waiting for comments from other stakeholders," he added, but did not share a timeline on when the guidelines for the industry can be expected.

Also read: Unilever pledges to halve use of 'virgin' plastic by 2025