Can take second Covishield dose within 6 months after first: experts

The government last week extended the gap between two doses of the Covishield COVID-19 vaccine to 12-16 weeks, up from the previous maximum of eight weeks, on the recommendation of the NTAGI 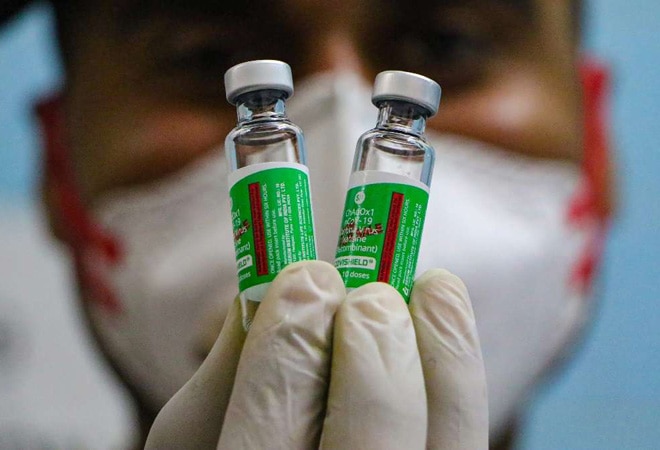 In India, the gap between two Covishield doses was four to six weeks, then increased to six to eight, and is now 12-16

Four to six weeks, six to eight or eight to 12? The increasing gap between two Covishield doses in India while the UK reduces its window has laypersons confused, but several experts say there is little reason to worry and second jabs anytime before six months can still be effective boosters.

The government last week extended the gap between two doses of the Covishield COVID-19 vaccine to 12-16 weeks, up from the previous maximum of eight weeks, on the recommendation of the National Technical Advisory Group on Immunisation (NTAGI). A day later, UK cut the gap from 12 weeks to eight weeks in view of the spread of the B.1.617 variant that originated in India.

Responding to concerns that India increased the gap primarily because vaccines were in short supply and many states had complained of acute shortage in supplies, immunologist Rath said vaccine dosing is "quite flexible and forgiving".

Once four weeks have passed, the next dose can be taken whenever practicable, until six months.

According to the scientist, vaccine doses will be safe no matter when they are taken but will not provide any great "boosting" if given within less than a month or so of the previous dose.

"So vaccine doses can be taken any time after at least four weeks have passed from either the first dose or after an actual episode of COVID-19," Rath, from New Delhi's National Institute of Immunology (NII), told PTI.

"Secondly, vaccine doses will give perfectly good boosting if given any time up to as much as six months or so after a previous dose. So a second dose, or the first dose after a COVID-19 episode, does not have to be taken after four weeks," he explained.

The NTAGI, Rath added, is making these new recommendations based on evidence, and trying to provide support for practical steps.

Referring to the UK reducing its Covishield doses gap just as India increased its, immunologist Vineeta Bal said these decisions are taken based on ground realities and "there is no yes or no answer" to whether they will have any consequence on tackling the variant better.

In one country, the increased window will enable more people to be vaccinated, in the other, a decreased gap will accelerate the pace of inoculation.

"If there are enough doses available, the second shot should be given at the optimal time as it will provide the best possible immunity in the present circumstances," Bal, guest faculty at Pune's Indian Institute of Science Education and Research, told PTI.

A vaccine triggered immune response, she admitted, will start declining with time. However, at the end of 12-16 weeks it is unlikely to come to complete baseline level.

"Hence a booster effect can still be obtained after a gap of 12-16 weeks," Bal said.

"There are also data from various clinical trials for Covishield which are suggestive that a booster after 12-16 weeks will be fine," she added.

According to Rath, there is emerging evidence, mostly from the UK for Covishield, that very good protection is seen with a dose gap of 12 odd weeks.

"So I think that the committee is trying to provide evidence-based support for delaying the permissible interval between doses as much as possible to accommodate the realities of vaccine supply shortage," he added.

Bal added it is not a serious cause of concern as long as there is assurance that everyone will get the first and second dose in the near future.

According to a peer-reviewed study published in The Lancet in February, the coronavirus vaccine developed by AstraZeneca and Oxford University is more effective when its second dose is given around three months after the first, instead of six weeks later.

"Vaccine supply is likely to be limited, at least in the short term, and so policy-makers must decide how best to deliver doses to achieve the greatest public health benefit," Prof Andrew Pollard of the University of Oxford said in the study.

"Where there is a limited supply, policies of initially vaccinating more people with a single dose may provide greater immediate population protection than vaccinating half the number of people with 2 doses," he added.

In India, the gap between two Covishield doses was four to six weeks, then increased to six to eight, and is now 12-16.

"Based on the available real-life evidences, particularly from the UK, the COVID-19 Working Group agreed for increasing the dosing interval to 12-16 weeks between two doses of Covishield vaccine. No change in interval of Covaxin vaccine doses was recommended," the Health Ministry said last week.

The NTAGI has also stated that those having laboratory test proven SARS-CoV-2 illness should defer COVID-19 vaccination for six months after recovery.

According to the Health Ministry's current protocol, the vaccine is to be taken four to eight weeks after recovery from COVID-19.

Rath said the basis for this step seems to be based on the fact that there are good antibody levels in most people who have had COVID-19 and that they last for at least six months.

So they are likely to be well protected for that period, and therefore there is no pressing need to vaccinate them before that," the scientist said.

"This reduces the burden on the stuttering vaccine supply and distribution system. I am not in disagreement with the recommendations based on such a rationale, " he added.

However, the immunologist hoped that the rationale will be clearly explained. If there is no explanation, it will add to confusion.

Most viral infections, Bal noted, generate enough immunity to provide protection for a few months post-recovery. Based on that knowledge, this recommendation is not unreasonable.

"RT-PCR positive patients post-recovery do not remain as vulnerable as those who are neither vaccinated nor infected," she explained.

"They have enough immunity in them, generally. Just because of this recommendation, the situation is not likely to worsen in India. Other things like unavailability of vaccine for a large section of people is more of a problem," Bal added.

On NTAGI suggesting no changed in the protocol for Covaxin, the other vaccine being administered in India, Rath said this is likely because the recommendations are based on UK-based evidence with Covishield. There is no no such evidence for Covaxin.

"I am glad since this suggests that the committee, as I keep saying, is trying very hard to stay carefully on evidence while trying to help with the current unhappy realities," he said.