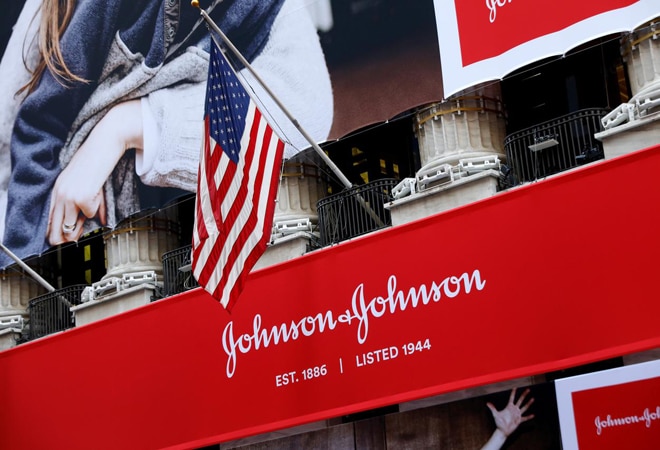 Coronavirus vaccine maker Johnson & Johnson has paused the clinical trial after a participant fell ill. The US-based firm sent out a document in which it stated the "pausing rule" has been met and the online system used to enrol patients in the study has been closed. The data and safety monitoring board - an independent committee that watches over the safety of the patients in the clinical trial -- would be convened, J&J said in a statement.

According to media reports, Johnson & Johnson confirmed the study pause saying, it occurred "due to an unexplained illness in a study participant".

J&J stresses that adverse events like illnesses, accidents, etc, are expected during a clinical study. J&J also clarified the difference between "study pause" and "clinical hold". It said if the latter had happened, then it would be a bad sign.

Johnson & Johnson added that "it is not immediately apparent" whether the participant who got ill received a study treatment or placebo.

The New Jersey-headquartered firm began enrolling volunteers in its Phase-3 trial last month. The study is being conducted on 60,000 volunteers.

Last month, on September 8, COVID-19 vaccine frontrunner British-Swedish pharmaceutical firm AstraZeneca and the University of Oxford experienced a similar pause. It's believed that the patient had transverse myelitis, a spinal cord problem. However, after a week, studies of the vaccine resumed in the United Kingdom, and have since been restarted in other countries as well. But in the US, the AstraZeneca's clinical trial still remains on hold.

According to the company, Ad26.COV2.S may help prevent disease by stimulating the human body to form an immune response against the virus that causes the disease. This defensive response is a way a body fights infections.

During the phase-3 study, up to 60,000 participants around the world volunteered. Participants who had joined the study will be in it for about two years, Johnson & Johnson claimed.

Before the pause, the study was getting conducted in two stages for each age group. The first group consisted of 2,000 participants aged 18-59. Another study was for the group aged 60 and older.