RIL chairman Mukesh Ambani told US President Donald Trump that they are going to launch 5G in this country, but is Jio ready for 5G? 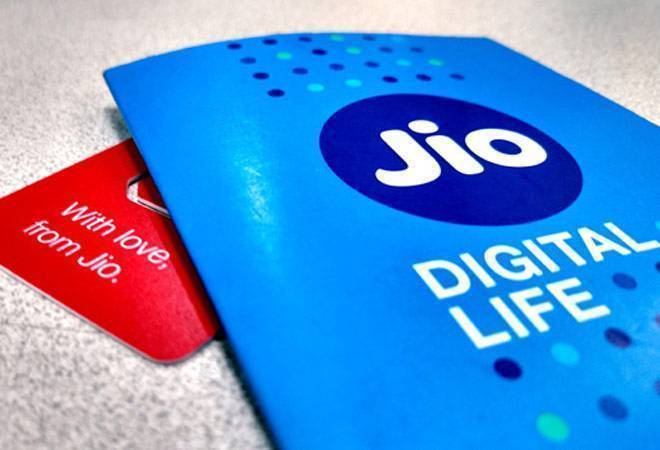 In a recent event between India Inc captains and US president Donald Trump, Reliance Industries' chairman Mukesh Ambani was asked a question about his 5G plans. "Are you going to do 5G too?," Trump asked Ambani to which he replied, "We're going to do 5G. We are the only network in the world that doesn't have a single Chinese component."

The brief conversation between the richest Indian and the most powerful man in the US has started a debate on the Ambani-controlled Reliance Jio's capabilities when it comes to 5G services. After almost a year of inaction, the government swung into action last year on 5G. It asked the operators to submit their trial proposals. While Vodafone Idea and Airtel have submitted their proposals jointly with Ericsson, Nokia, Huawei, and ZTE, Jio, on the other hand, has submitted application with Samsung - which is also the sole vendor for Jio for its 4G services.

Since then, the proposals have been lying with DoT. It is believed that the ongoing AGR crisis seems to have taken all the attention away from 5G trials, and the 5G launch has taken a back seat. Jio sources say that the telco was ready to start trials last February but the government asked it to wait until other operators submit their trial proposals.

On the 5G front, Jio has its own strong and weak points. The biggest roadblock for Jio, or for that matter any operator, is going to be steep spectrum prices. The base price of the 5G spectrum (in 3300 megahertz to 3600 megahertz band) is highest in India. At telecom regulator TRAI's recommended reserve price of Rs 492 crore per MHz, operators will have to pay around Rs 50,000 crore for 100 MHz pan-India spectrum - that's the minimum spectrum required to deliver 5G services (in sub-6000 MHz bands) as per global body ITU.

So while Jio might be in a better financial condition than Vodafone Idea and Airtel, it had reportedly asked the government to take a 'critical look' at the reserved 5G spectrum prices. But the government has been unyielding so far. In a reply to a query in Lok Sabha late last year, the telecom minister Ravi Shankar Prasad said that the government is not planning to reduce the base price for the 5G spectrum.

Apart from this, Jio has a bigger urgency to acquire more 4G spectrum than 5G spectrum at the moment. Why? There are two reasons: some of the Reliance Communications' spectrum (in 800 MHz band) that Jio uses is expiring in July/August 2021. Then, the spectrum holding of Jio is lowest amongst the private operators. For instance, Jio's spectrum holding is 1480 MHz as compared to Vodafone Idea's 1850 MHz and Airtel's 1727 MHz. Given that it's the largest telecom operator in the country at present - with 370 million subs as on December 2019 - and it's adding nearly 7 million subs per month, Jio needs to first focus on its current services and subs before taking a plunge in the next-gen 5G.

In terms of strong points, Jio is the only operator with all-IP network, which is sine qua non for launching 5G services. Other operators are still transitioning towards IP network. So, Jio might witness quicker and smoother transition to 5G as compared to others. As per Morgan Stanley's report dated November 14, Jio has the largest fiber network among private operators. Its 11 lakh route kms is far higher than Airtel's 2.95 lakh route kms and Vodafone Idea's 1.6 lakh route kms, as per Morgan Stanley.

As per recent EY report titled Next-gen Infraco, India had close to 506,746 towers in 2018 and just 20-25 per cent of them were fiberised. "In a 4G/5G environment, microwave-based backhaul will become less relevant and there will be a need for more fiber. The formidable network performance goals of 5G - for latency reduction (from 50ms to 1ms) and speed from 100 Mbps to 10Gbps - would heavily predicate on the availability of fiber, and a majority of it, to the cell sites," said the EY report.

Globally, the development of 5G ecosystem (devices, equipment) has suffered a huge setback due to coronavirus. China, which is expected to lead the market with mass-scale production of affordable 5G handset/equipment, has literally stopped the production lines. It is likely to push the 5G launch forward by a few quarters. Jio's vendor partner Samsung would likely be affected as South Korea is one of the worst affected countries from coronavirus.

In India, as the deadline to launch 5G trials keeps shifting (the recent buzz is April-June quarter), an expert says that Jio can be unpredictable with its moves too. "They might want to buy 5G spectrum with an intention of leading the market in launching the new technology, and benefit from the first-mover advantage," says analyst.