Pichai had sought to counter slowing revenue growth in the company's main advertising business by pointing to the Silicon Valley firm's younger units. 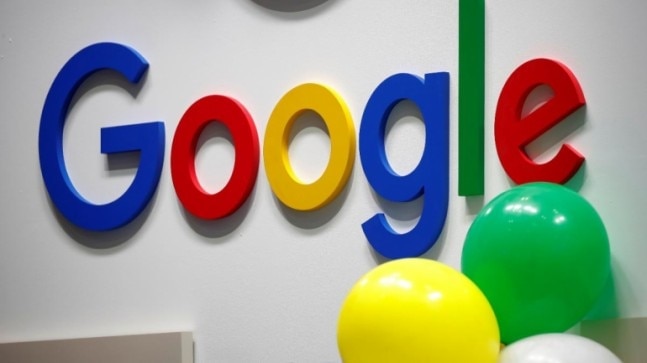 Pichai had sought to counter slowing revenue growth in the company's main advertising business by pointing to the Silicon Valley firm's younger units.

But Pichai's reveal that Google's YouTube video streaming unit is generating ad revenue at a pace of $15 billion annually put it below rough estimates as high as $25 billion.

Divulging 53% quarterly revenue growth for Google's cloud services compared with a year ago meant it grew slower than the business it is trying to catch up to, Microsoft Corp's (MSFT.O) Azure. It reported a 62% quarterly rise in sales last week, or 39% when considering some cloud services Microsoft sells through other units.

While financial analysts applauded the new transparency from Alphabet, some questioned executives for the second time in the last four quarters to explain why overall revenue has been missing or just barely meeting their expectations. Sales growth dipped below 20% in three quarters during 2019, compared to just once in the previous three years.

Alphabet has blamed currency exchange rates and its constant tweaking of features, saying that it is not focused on quarterly marks.

We continue to be very focused on the benefit from better measurement, better ad delivery, better user experience, Alphabet Chief Financial Officer Ruth Porat responded to an analyst. But there will be variability over time because we're very focused on what's in the right long-term interest.

The stock was priced for perfection, and a top-line miss was enough to send it lower, said Michael Pachter, an analyst at Wedbush Securities. YouTube was impressive at $15 billion for the year, Cloudless so at $8.9 billion.

Other financial analysts said YouTube's ad revenue was underwhelming too.

YouTube is smaller than generally assumed, but on the flip side, the search seems to have accelerated and is growing faster than feared, said James Cordwell, an analyst at Atlantic Equities.

Google through its namesake search engine as well as properties such as YouTube has been the web's biggest draw for advertisers for a decade, enabling it last month to become the fourth listed company to top $1 trillion in market capitalization.

But new concerns have emerged among investors about whether its dominance will last as U.S. antitrust regulators investigate Google and as Amazon and Facebook Inc (FB.O) continue to grow their ads businesses globally. Both beat analysts' expectations last week.

Alphabet's overall sales in the fourth quarter were $46.08 billion, up 17%, compared with an average estimate of $46.94 billion among financial analysts tracked by Refinitiv.

Google ad sales in the holiday shopping quarter were $37.93 billion, up 16.7% from the same period last year

Alphabet's expenses have ballooned with the hiring of thousands of salespeople, building of new data centres and marketing the Google brand through hardware and other ventures.

For the fourth quarter, the Alphabet's total costs and expenses rose 18.5% from a year ago to $36.809 billion.

Porat said hiring and infrastructure spending would accelerate in 2020.

Hardware sales fell in the fourth quarter compared with a year ago, Porat said. Results could suffer further from any protracted work stoppages in Asia as companies combat the outbreak of a new coronavirus in China, she said.

Google last week temporarily shut down all its offices in mainland China, Hong Kong and Taiwan due to the coronavirus. It has thousands of engineers across the region, including a hardware engineering centre in Taiwan.

In December, Google CEO Pichai gained the additional role of Alphabet CEO from Larry Page as he and fellow co-founder Sergey Brin stepped back even further from day-to-day management.

Pichai also said YouTube, which has 2 billion monthly users, generated about $750 million in subscription and other non-advertising revenue, but did not reveal a figure for the year-earlier period.

Amazon recently said it has 55 million music subscribers, while Apple Inc (AAPL.O) last year announced 60 million such subscribers. Sling had about 2.7 million subscribers as of last year, in line with estimates for Hulu.

BSNL's Rs 1999 prepaid plan offers up to 3GB data: All you need to know