Google is out with a new update for its Chrome that boasts of a serious performance improvement as well as some new features for the users of both desktop and mobile versions of the browser. 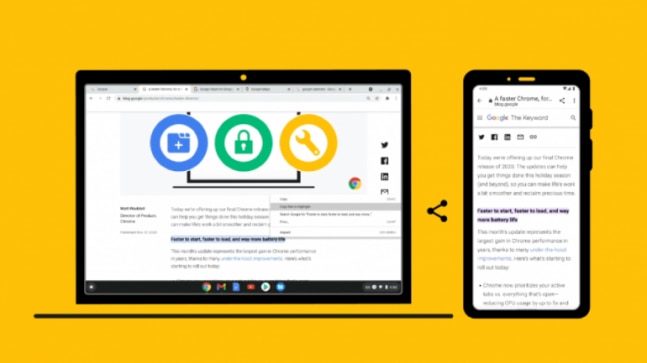 Google has started rolling out a new update for the Chrome web browser to its desktop and mobile users. The update is being deemed as a powerful step up from the previous Chrome versions with its back-end improvements, along with some updates to the user-end of the web browser.

The rollout comes after the v90 Chrome update hit the stable channel earlier this week. It is now being made available to mobile users through the Play Store, while desktop users can look for it on their desktop browser's built-in update tool.

Earlier this week, Google had announced the backend updates on the v90 of the web browser for developers. In a new blog, it now highlights the changes and new features that Chrome users can expect to benefit from every day.

First, Google promises a significant performance improvement in Chrome with this version, leading to "more battery life, less fan noise and less heat." It says that Chrome now reclaims up to 100MB per tab, more than 20 per cent on some popular sites.

As for the numbers, the blog mentions up to 65 per cent improvement in Energy Impact for Mac, when active tabs are prioritized over tabs that are not being used. It claims that this leads to around 1.25 more hours of battery life. Similar results are being observed on Windows, Chrome OS and Linux. On Android, Chrome starts up 13 per cent faster even with multiple open tabs.

Other than the performance upgrade, there are several new features that users will be able to see on Google Chrome -

Those clicking on the link will then be redirected to the exact part of the website that the sender wanted them to see.

New PDF features - viewing a PDF on Chrome will now offer several new actions that the user can take. The PDF viewer on the web browser will support a two-page view as well as an updated toolbar at the top that houses functions like zoom, save, print etc.

Chrome will also let users view the document properties of the particular PDF.

By assigning a name, users will be able to shift or look for tabs within the right window easily.

Chrome users will now also be able to mute all notifications when presenting or sharing their Chrome windows.