The Xiaomi Redmi Note 7 price starts at Rs 10,300 for the 3GB of RAM and 32GB native memory variant 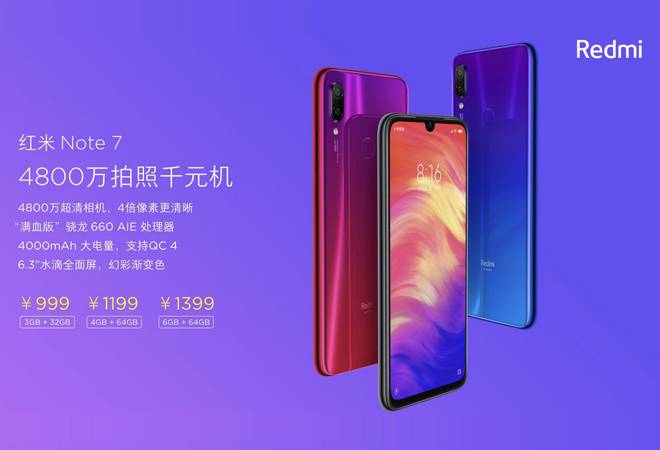 Coming to the phones optics, the biggest USP of Xiaomi Redmi Note 7 is its dual camera setup with one 48-megapixel sensor with f/1.8 aperture and another 5-megpapixel sensor. On the front, there is a 13-megapixel selfie camera with several AI features like face unlock, smart beauty etc.

Xiaomi recently announced that Redmi would now function as an independent brand in itself, and this upcoming phone will be the first to launch under the 'Redmi by Xiaomi' label. Xiaomi's flagship smartphones, on the other hand, will be under Mi brand name.