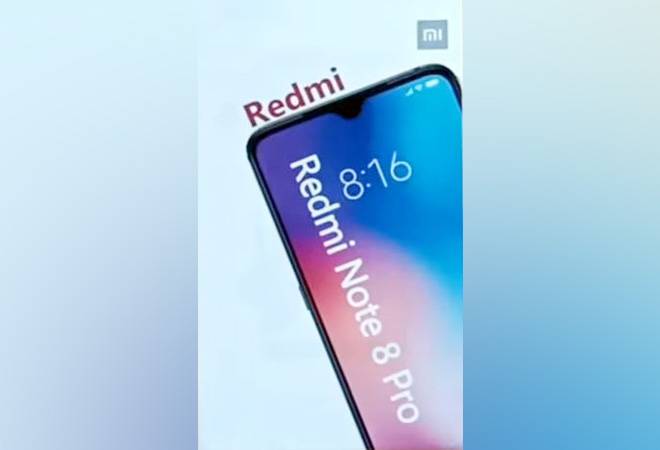 Xiaomi Redmi Note 8 series is all set for an August 29 launch and with that, the frequency of the leaks have also gone up. We already know the Xiaomi's Redmi Note 8 will have a regular and a Pro variant with the latter packing a 48MP camera. That's not all for the next mid-range beast. The Redmi Note 8 range will come with a high screen-to-body ratio, larger battery, and most importantly, better quality camera.

The leaked phone images show that the Redmi Note 8 series smartphones will come with a quad camera setup at the back. Apart from the main camera, the setup is expected to include a wide-angle lens camera, a macro lens camera, and a depth sensing camera with LED flash. However, the technical details are not yet known and the company is expected to unravel them during the August 29 launch event.

As far as the specifications are concerned, Redmi Note 8 will be powered by Qualcomm Snapdragon 665 SoC. The recently launched Xiaomi MiA3 also packs the Snapdragon 665 chipset under the hood. The new chip is an upgraded version of the Snapdragon 660 SoC and is built on a 11 nm LLP process.

The new Redmi Note 8 series will sport a glossy back finish with curved edges and will have a higher screen-to-body ratio than its predecessor, implying a pop-up front camera. The Note 8 Series is also expected to have a bigger battery with rumours suggesting that the new Redmi smartphones will pack 4,000 mAh batteries under the hood.