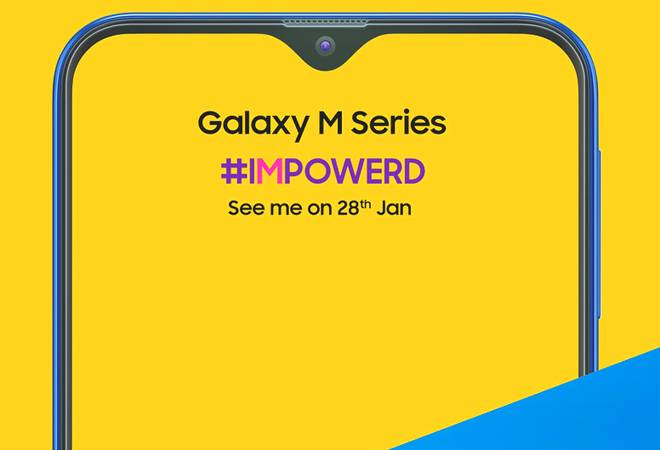 Samsung India will launch new phones today under a new Galaxy 'M' brand name. The phones are expected to have some new 'industry first' features. Earlier, it was reported that the Galaxy M family will initially see three phones - the Galaxy M10, M20 and M30. M30 was later spotted on Geekbench, revealing some key specifications about the upcoming affordable smartphone. Samsung will look to take on Xiaomi Redmi phones in India with its 'M' series phones.

The Galaxy M30, according to a Geekbench listing, will be powered by a Exynos 7885 chipset coupled with 4GB of RAM. The Exynos 7 series chip also supports Bluetooth 5.0 and delivers great single-core performance over the Exynos 7880. Galaxy M30 may come with 64GB and 128GB of internal storage options with 4GB RAM. It will be the most premium device of the series and will feature a larger 6.38-inch display with Infinity-U notch. It will also sport three rear cameras including 13-megapixel and two 5-megapixel sensors. On the front, the phone will sport a 16-megapixel selfie camera.

Samsung Galaxy M20 will be available in India at a starting price of Rs 12,990. It will be available in multiple RAM and storage combinations and will sport two rear cameras including 13-megapixel (f/1.9 aperture) and 5-megapixel (f/2.2 aperture) sensors. It will be powered by Exynos 7885 processor paired with 3GB of RAM. It will run on Android 8.1 Oreo out of the box, and feature a 3,5mm headphone jack along with a USB Type-C port. Samsung Galaxy M20 will come with a huge 5,000mAh battery.

Expectations will be high as the Galaxy 'M' series comes on the back of 2018's Galaxy A7 and Galaxy A9. Both these phones are Samsung's first triple and quad-rear camera devices respectively.

WhatsApp web gets Picture in Picture; here's how you can watch videos on PiP mode