HMD Global has scheduled an event for April 8 and we could see new Nokia phones. 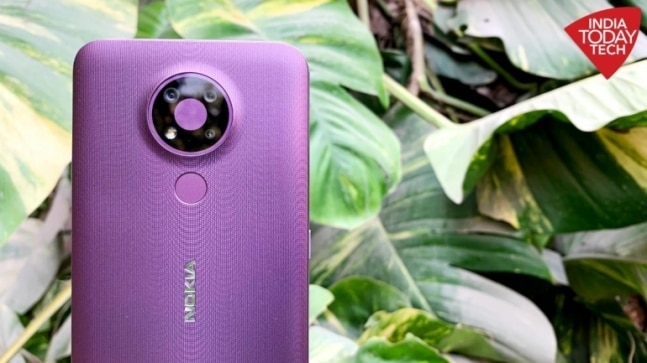 A bunch of Nokia smartphones are coming your way. HMD Global's April 8 event has so far been expected for the launch of the Nokia G10, and possibly, the Nokia X20 and X10 phones. And now, a new report has suggested there could be one more smartphone in the offing. HMD is likely to launch the next Nokia C-series phone called the Nokia C20. Now, the Nokia C-series has always been centric to entry-level customers who are not much demanding. So maybe, the C20 will come as a new option for the low-end alongside the other phones.

As reported by Nokiapoweruser, the Nokia C20 will arrive in a single 1GB RAM and 16GB storage option, which is standard for entry-level devices. The last 1GB RAM phone from HMD Global was Nokia 1.4 that was launched last month in select markets. Now, a recent report suggested HMD Global is looking to change the naming convention for its Nokia phones. This would involve dropping the dot from the names of Nokia smartphones. And while that change is not going to be as significant, the Nokia C-series is the first for the new naming convention.

Some previous Nokia C-series smartphones, such as Nokia C1 Plus and Nokia C3, however, came with more than 1GB RAM. While the former has 2GB of RAM, last year's C3 has 3GB of RAM. So, the fact that the Nokia C20 could be a 1GB RAM phone makes it a little difficult for us to position it in the series. Alternatively, it could be the successor of the Nokia 1.4 with the alleged rebranding because otherwise, there could, at least, have been 2GB RAM on this phone. HMD Global has not said anything official on this.

Furthermore, the Nokia C20 is going to be available in Sand and Blue colours. It is said to come running Android 11 Go edition, which is the suitable operating system for a phone with 1GB of RAM. This means that there will be apps such as Gmail Go, YouTube Go, Google Assistant Go, and Maps Go. These are all lighter app versions of the standard Google apps. The processor, screen, camera, and battery details of the Nokia C20 are not clear at the moment. But the report has mentioned one important thing, the price.

Nokia C20 price is said to be around EUR 89, which translates to roughly Rs 7,700. At this point, it is unclear whether this phone will make it to markets outside of Europe, such as India where not all Nokia phones have been launched in the past.