PUBG New State is getting some interesting locations and Krafton is teasing them ahead of the launch. 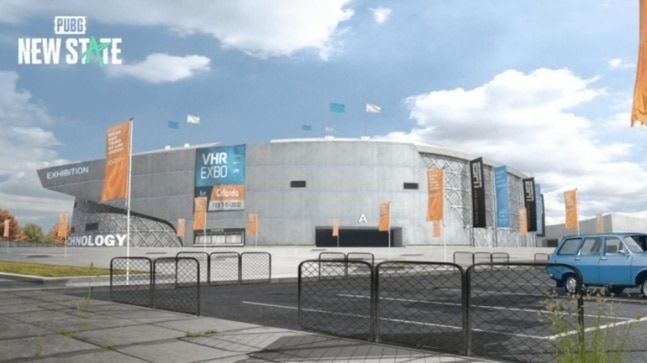 PUBG New State, the new version of the popular battle royale game PUBG Mobile, is coming this year. The launch date is not available yet, but we are slowly getting to know PUBG New State better, thanks to one too many teasers now. Krafton has released some fresh teasers and they reveal the map locations that will be important on the Troi map in PUBG New State. There will be an Exhibit Hall, The Mall, and a science laboratory called Tythonic Industries. And these are among the locations with the maximum potential for loot and battle.

Troi is a new map that is based on a post-apocalyptic world set in 2051. It is an 8x8km open-world map with a number of buildings, grounds, ruins, and other elements to increase the level of difficulty in the new game. Krafton is now teasing some of these locations and they look spectacular, at least at this point, because I am not sure what exactly is in store on visiting these locations. Krafton, at the time of the announcement, had said that PUBG New State will use exclusive gaming graphics that are going to be visible in the three locations, among others.

The first location is the "Exhibit Hall", which, according to the game, was a symbolic monument in Troi. Tourists visiting it loved its open-style structure and it is still popular in 2051 but only for "ruthless survivors." The keyword here is open-style, which hints at an area without barriers or objects that players would otherwise use to hide. After "Exhibit Hall", you will find The Mall on the Troi map. Krafton said The Mall was a hotspot for families and friends and a gathering hub for Troi citizens. "While some were here for fashion and delicious food, others came to simply appreciate the majestic sunlight that is diffused by the gigantic tempered glass," said Krafton. The Hall looks like a place where you will find good loot, considering it would be full of small and big shops and stores. And then comes the third location.

A science laboratory is something that sounds interesting for a PUBG map and I cannot help myself but wonder how the Tythonic Industries will help players fight battles. "The world of science once promised mankind a new way of life. However, some were critically skeptical of what goes on in the laboratory. That curiosity from the past brings back today's survivors into the mysterious building," Krafton said in a tweet about the science laboratory. It is very likely that all three locations may let players spawn in the game and help them find a good range of weapons and kits. Since we are talking about the laboratory, it is also possible players may wildly find some chemical to enhance their powers, the effect of which must wear down after some time. Medical kits are also likely to be available.

Krafton will tease more about such locations among other things about PUBG New State in the coming days. The release date for the game is also likely to come out in the near future.