Apple had a power-packed launch event with a slew of product launches on Tuesday. All of these promise substantial upgrades over their previous iterations. Here is a look at what is being promised this time.

Apple's much-anticipated launch event has taken place and a series of Apple products have now seen the light of day. Among these are the new iPhone models, iPad variants as well as the latest iteration of Apple Watch. Most of these are already up for sale and will begin shipping in Apple's international markets by next week.

A detailed look on the updated Apple portfolio reveals four new models of iPhones. These include the iPhone 13, iPhone 13 mini, iPhone 13 Pro and iPhone 13 Pro Max. Similarly, two new iPad models have been launched as the new-gen iPad and the iPad mini. Apple also introduced the all-new Apple Watch Series 7 during its California streaming event.

Here is a look at all the new Apple products and what they have on offer. 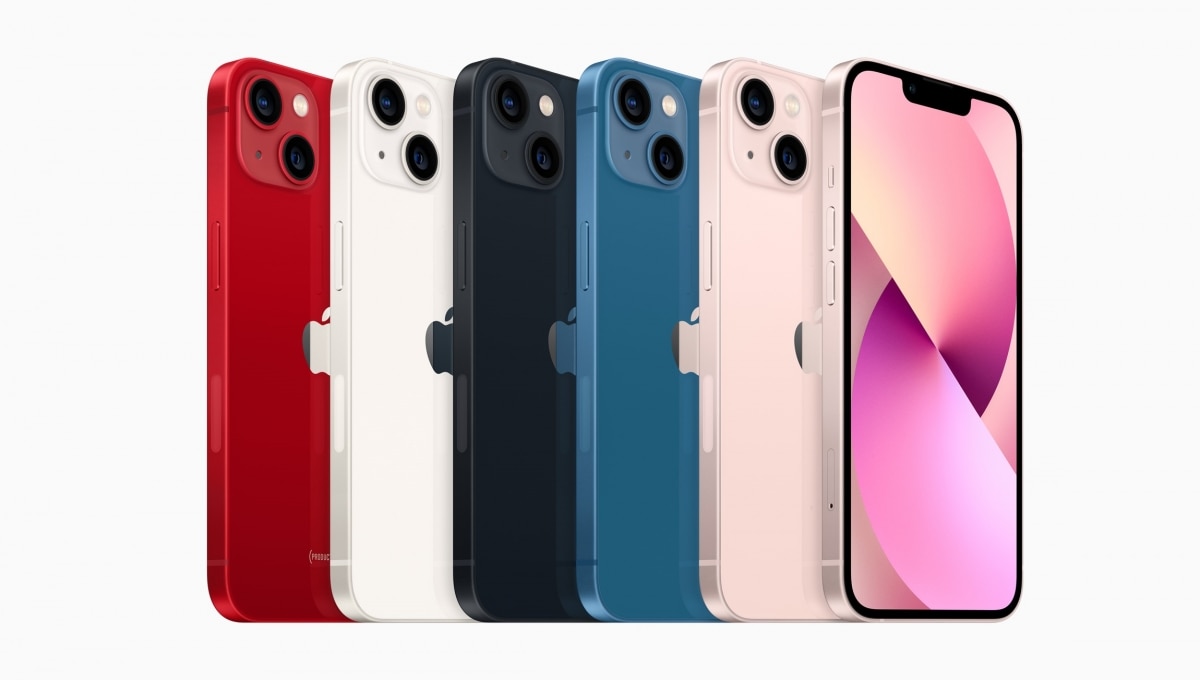 Apple debuted the iPhone 13 with a host of upgrades and new features at its California streaming event. The new-age iPhone comes with a faster processor, better cameras and yes, a larger battery life than before. Upgrades on its Pro models over the last generation also include 120Hz ProMotion display and a new 1TB storage option.

For design, the new iPhone 13 series does not look too different from last year's iPhone 12 models. The notch at the front has been made smaller, while the camera module at the back now comes with a different arrangement for the lenses on the non-Pro models. The display sizes of the four variants also remain the same. This design, however, might be where the similarity ends.

This is because Apple has equipped the new iPhone 13 series with the A15 Bionic chipset, promising a faster CPU and GPU performance than the previous iPhone iterations as well as other competitors in the market. It has also bumped the storage in the base model, as there is no 64GB variant for any of the iPhone 13 models this time. The Pro models get a 1TB storage option though, for the first time ever. Camera upgrades include sensor-shift image stabilization on the iPhone 13 and iPhone 13 mini for the first time. The technology was restricted to the iPhone 12 Pro Max in last year's series. The Pro models receive an overall camera improvement with an all-new Macro mode. All four iPhone 13 options get Cinematic mode for video recording.

Apple has also addressed the biggest paint point for iPhone users with the iPhone 13. It has bumped up the battery on all the four models to make them last longer than their iPhone 12 counterparts. Apple also introduced the new-generation iPad and iPad mini during its launch event. Apple says that the new iPads are faster than ever before, and trump all competition in the market in their category.

For this, the iPad has been upgraded to an A13 chipset by Apple, while the new iPad mini now features an A15 Bionic chip. Both the devices will ship with the all-new iPadOS 15.

The iPads feature new and improved displays and cameras. The latter involves a 12-megapixel ultra-wide sensor at the front on both devices for better video calling experiences. Apple has also introduced Center Stage on both iPads for the same, a video calling feature borrowed from the iPad Pro.

Both the new iPads support 1st-gen Apple Pencil and accessories like Apple's Smart Keyboard. They will ship in Wi-Fi only and Wi-Fi + Cellular models. The iPad will be available in two colour options while the iPad mini will retail in four finishes. The starting prices for both are Rs 30,900 and Rs 46,900 respectively. You can read more about the new iPads here. The only Apple product that will not be available right away, the new Apple Watch comes in a familiar design with a host of performance upgrades over its predecessor. These include a larger always-on Retina display as well as a larger form factor. The 41mm and 45mm sizes will be the biggest in the Apple Watch series yet.

Apple says that the Watch Series 7 features nearly 20 per cent more screen space due to thinner borders than the previous Apple Watch. The border itself is 40 per cent smaller than before. Contrary to the popular speculations, Apple Watch sports a similar round design as before but with bigger dials.

One big enhancement is the fast charging on the smartwatch, which is now claimed to be 33 per cent faster than before. Features like heart rate sensor, ECG, and Blood Oxygen saturation monitor are still there. The new Apple Watch still comes with IP6X certification for dust resistance and WR50 for water resistance.

India prices for the new Apple Watch are yet to be revealed. Read more about the Apple Watch Series 7 here.