Nokia phone with key specifications, design spotted but it may not be Nokia 7.3

Nokia 7.3 is expected to launch next year, which is why it is possible to assume all these rumours are talking about the phone but this one is maybe not.

Nokia has been headlining news for some time. It first launched the Nokia 2.4 in India and then introduced the Nokia 5.4 in Europe. Besides, rumours have it that three new Nokia batteries have been certified, and one of them is a 5000mAh battery that might go inside the Nokia 7.3 5G. Frankly, there is a lot of confusion about the Nokia 7.3 5G because the company has not confirmed anything. And now, adding to it, a Nokia device has surfaced on the US FCC website and it is believed to be the Nokia 7.3 5G. But there are high chances it is not the Nokia 7.3 5G.

A Nokia device with model number TA-1322 has appeared on the FCC website along with some specifications. But more importantly, the listing also shows the design of the Nokia phone. This Nokia device is listed with a 4000mAh battery, support for LTE, Wi-Fi 2.4GHz, Bluetooth. The sketch of the device in the listing shows a circular camera module on the back and a cavity for the fingerprint sensor on the back. And some of these specifications are enough to suggest this might not be the Nokia 7.3 5G, but before that let us go through some more details about the device, as retrieved from the FCC listing.

The Nokia TA-1322 is 76 mm wide, 166 mm high, and measures 180 mm diagonally, meaning there is going to be a big display. But lately, even budget smartphones such as Nokia C3 and Nokia 2.4 come with big displays, so this does not really tell if this model belongs to Nokia 7.3 5G. Second thing, there is no NFC support on this device, which only tells that this device is not premium. But since Nokia 7.2 was available for less than Rs 20,000 without having NFC, the unavailability of this feature shows a little dicey situation right now. Okay, now the stuff that I mentioned earlier. 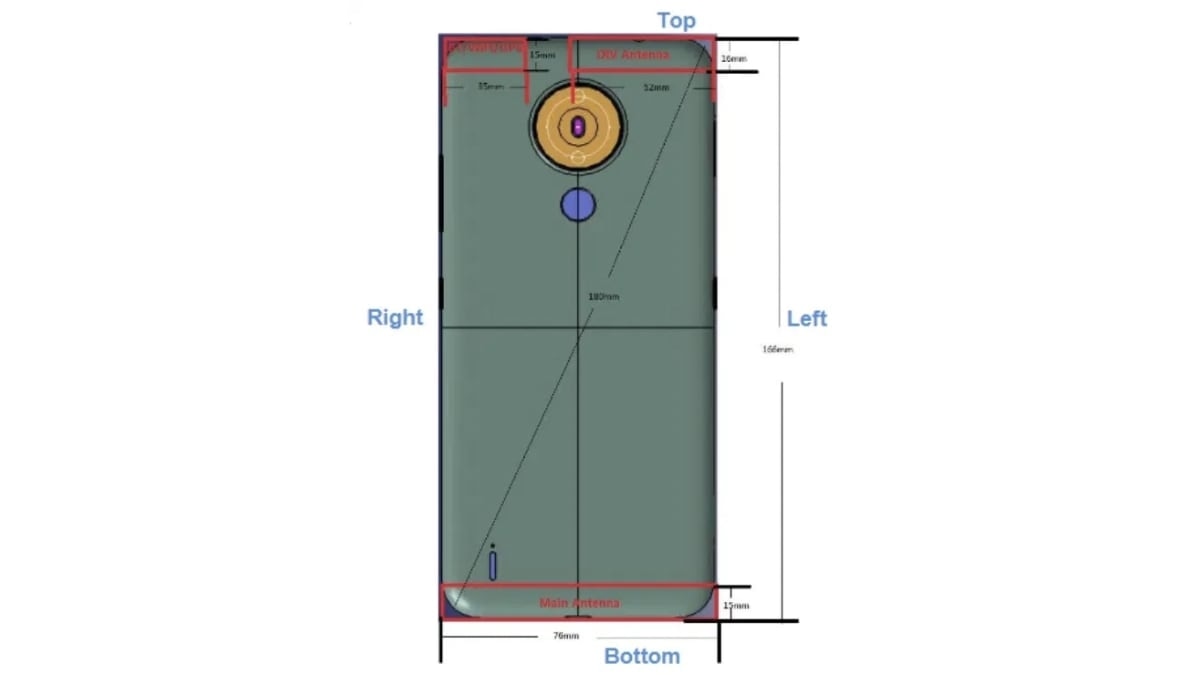 This device will have Wi-Fi 2.4GHz, which is the bandwidth that feature phones such as the Jio Phone, and more commonly, the entry-level and budget smartphones come with. Today, a smartphone that costs Rs 12,000 or above will come with dual-band Wi-Fi support, meaning it will support both 2.4GHz and 5GHz bandwidths. The 5GHz bandwidth is what is used by many ISPs today for their optical fibre connections in addition to the 2.4GHz one. There is no way the TA-1322 is a mid-range device, which Nokia 7.3 5G will supposedly be.

Finally, the last thing. A few days back, it was reported that Nokia 7.3 5G will be the first smartphone in the series to come with a 5000mAh battery. Nokia has freshly got three battery models certified on the TUV Rheinland: one with 5050mAh, another one with 4470mAh, and the third one with 4000mAh. If the Nokia 7.3 5G is getting the 5050mAh battery, it cannot come with a 4000mAh battery unless HMD Global decides to defy the norms and bring two variants of the Nokia 7.3 5G with different battery capacities. This only means that either the Nokia TA-1322 is the Nokia 6.3 or some other device that we are not familiar with yet.

Anyhow, the rumour mill will churn out more details in the coming days and we will know what this device will launch as.