Now, Realme has not said which of the two phones will use the Dimensity 920 processor. Anyway, both phones are going to be 5G enabled. Realme introduced the Narzo 50 series last year with the introduction of the Narzo 50A, while this year, the company added more phones to the series, such as the Narzo 50A Prime and Narzo 50i. After the Narzo 50 5G and Narzo 50 Pro 5G, the series will have a total of six phones.

Realme said it will hold an online event to launch the Narzo 50 5G and the Narzo Pro 5G at 12.30 pm on May 18. The event will be live-streamed, which means you can go to either YouTube or visit the company's social media accounts to catch real-time updates. Realme will announce the price and availability of the Narzo 50 5G series at the event. 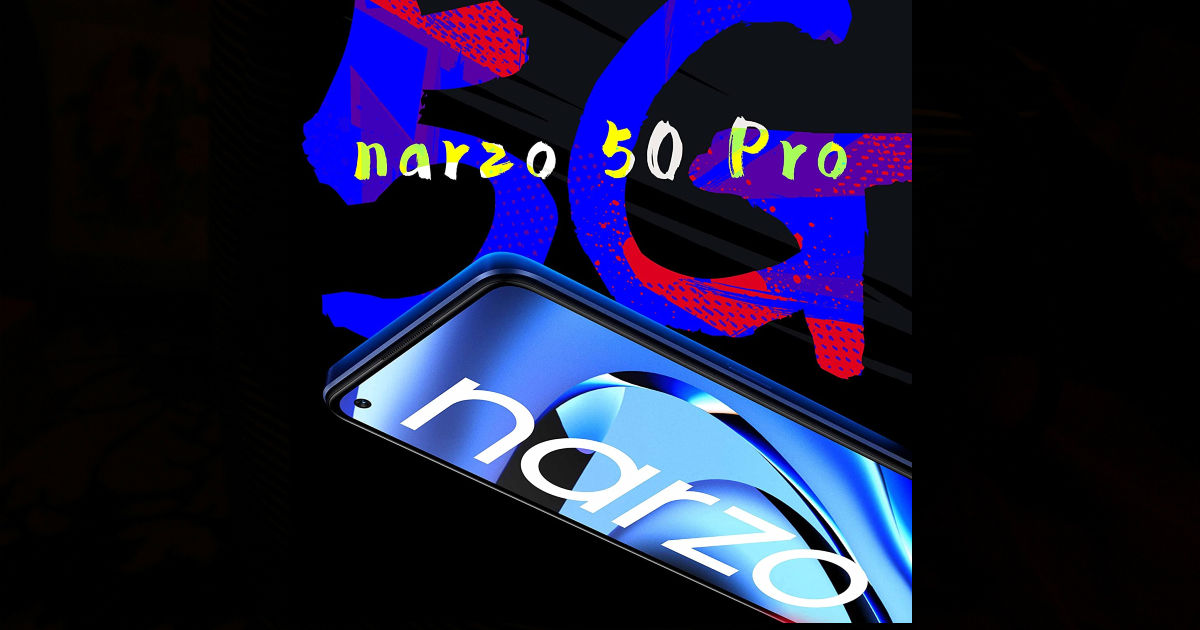 Realme has already confirmed that one of the Narzo 50 5G phones will be powered by a MediaTek Dimensity 920 processor. An Amazon listing has confirmed the phone will feature a liquid cooling feature, as well. For the rest of the specifications, let us take the help of the rumours. A 91Mobiles report said the Narzo 50 Pro 5G will be available in two RAM configurations, 4GB and 6GB. Both variants will have 128GB of internal storage in common.

The Narzo 50 5G, on the other hand, is likely to be powered by a MediaTek Dimensity 810 chipset paired with at least 6GB of RAM and 128GB of internal storage. This phone is expected to come with a 6.58-inch FullHD AMOLED display with a 90Hz refresh rate. The software on the phone could be Android 12 with the company's Realme UI 3.0 skin on top. On the back, the phone is expected to come with a 13-megapixel main sensor and a 2-megapixel depth sensor, but the specifications of the front camera are not clear. The Realme Narzo 50 5G is expected to feature a 4800mAh battery with support for 33W fast charging and the supported charger is likely to be bundled with the phone.